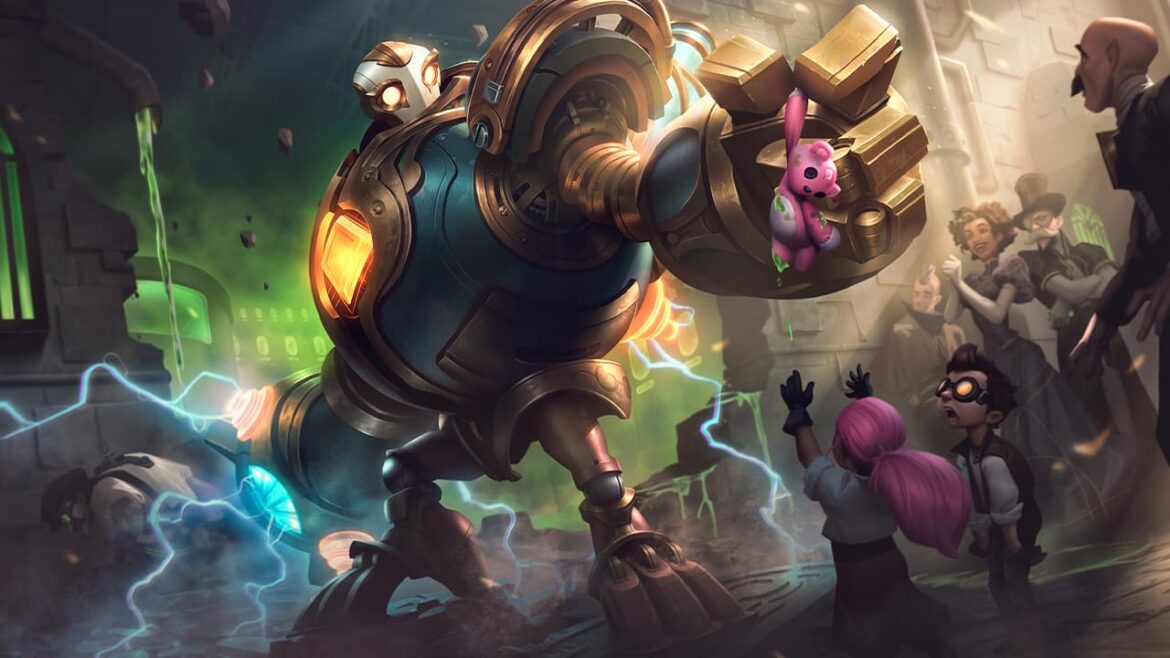 League of Legends’ ranking season for 2021 is finally coming to a close and, coincidentally, comes with handsome rewards. The ranked season will officially end, with the prizes coming within four weeks thereafter, on November 15, 2021, at 11:59:59 PM, local server time. This news only comes to sweeten the overall experience, following Riot’s recent update to the League Client.

What are the rewards?

Players who are in the Gold or higher tier by playing either Solo/Duo or Flex queues get the Victorious Blitzcrank. Alternatively, those who did not have yet their own Blitzcrank also get to claim the skin as well, as a complimentary reward. While it only takes a Gold rank to earn the costume, players would also want to strive better for an additional bonus. In particular, a chroma for Blitzcrank for any rank above Gold, which individually puts a different layer of coating to the outfit.

For players who manage to end the ranking season with Ranked placement in either Solo/Duo, Flex, or both, also get a rank profile icon, a rank banner trim, and Eternals Blitzcrank Series 1 Permanent.

What about the Clash and Honor rewards?

Alongside the ranking season, Clash is also facing an end to its current run. And like Ranked, it, too, comes with its own fair share of loots. Anybody who participates in the tournament automatically gets a Clash Contender icon. But players who earn a large amount of Victory Points are in it for more prizes.

The fun does not just end there, though. The end of the season is also rewarding participating players according to their Honor, too. More specifically, to those who manage to earn an honor level of 3 or higher. Honor 3 gives a random ward skin and three shards. Then, Honor 4 provides a random emote permanent on top of the rewards given in the previous Honor level. Lastly, Honor 5 is much the same as Honor 4, in terms of rewards, only with a higher amount of shards at six pieces.