A Beginner’s Guide to LoL: Master the Basics 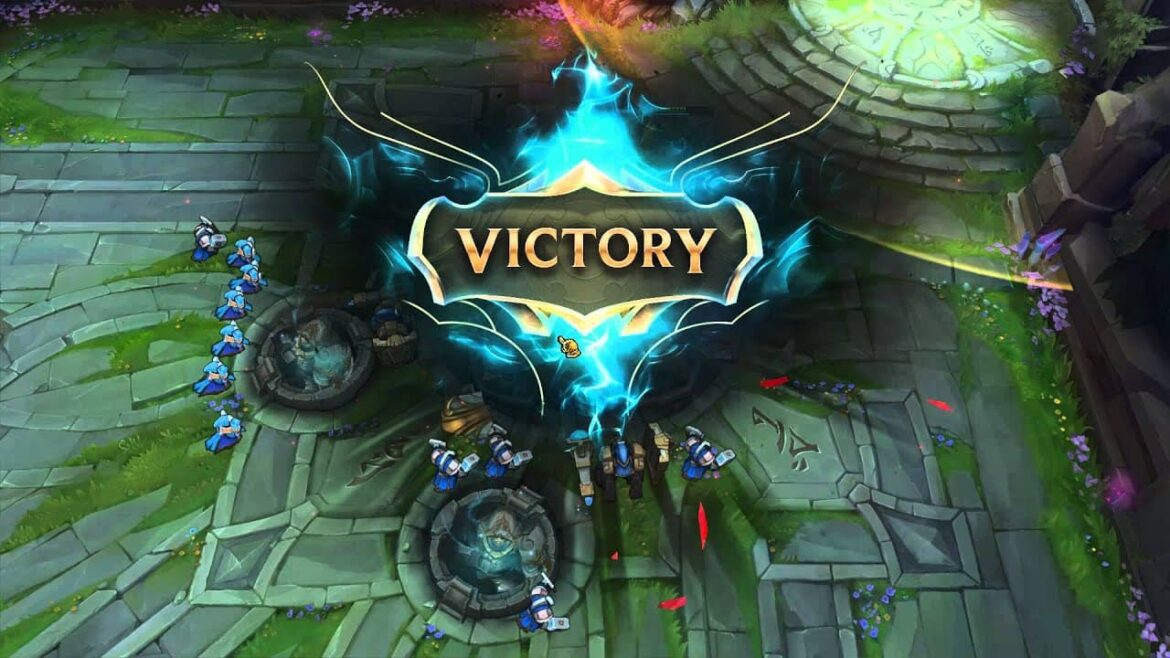 You’ve just finished watching the latest episode of Arcane and have finally given in to the temptation that is LoL. You download the client, load up the game, and…

Within mere minutes, you’ve died 10 times, have been told to “uninstall,” and still can’t figure out what the heck your champion does. Yep. Sadly, League of Legends is far from a beginner-friendly game. Its depth is greater than the Mariana Trench, and its huge learning curve is utterly daunting.

But you won’t have to navigate the Rift alone. In this guide, we’ll be breaking down the core aspects of LoL. So, next time you get told to “uninstall?” You can show those toxic fiends exactly how winning a game is done.

What Is League of Legends?

League of Legends is a free-to-play Multiplayer Online Battle Arena (MOBA), if you’re not familiar with the term, check out this article What is a MOBA Game. The game is all about strategy, teamwork, and outplaying the 0/10 Yasuo mid (you’ll get the reference soon.) Each game you get to play as one of the many champions available. While League has several game modes to choose between, the “go-to” game mode is Summoner’s Rift.

What Is Summoner’s Rift?

Summoner’s Rift is a 5vs5 team-based strategy game. Each team has their own base, and whichever team destroys the other team’s base first wins. While the “core” of it may sound simple, the hard part is what’s involved in getting to your opponent’s base.

You have to battle it out across an extensive map, secure game-changing objectives, gather gold, and take down turrets (defensive, tower structures that’ll shoot you to death.) Not only that, but there are five roles and over 150 playable champions, each with their own unique playstyle and kit.

When Did League of Legends Come Out?

League of Legends was officially released by Riot Games on October 27th, 2009. A Mac OS version was later released in 2013. Initially, there were only 40 playable champions.

How Big Is League of Legends and How Many People Play?

League of Legends is the biggest MOBA out there, and since its release it has consistently reigned as one of the most popular esports games in the world, with a global competitive scene, hefty prize pools, and climbing viewership numbers. The 2021 Worlds Championship finals hit a peak viewership of over 4 million [1].

Riot Games has not released statistics regarding how many active LoL players there are. However, in late 2021 they stated that across all their LoL universe-inspired games – League of Legends, Wild Rift, Legends of Runeterra, and Teamfight Tactics – the total monthly player count is 180 million. It’s safe to assume that LoL players make up a good bulk of this number. 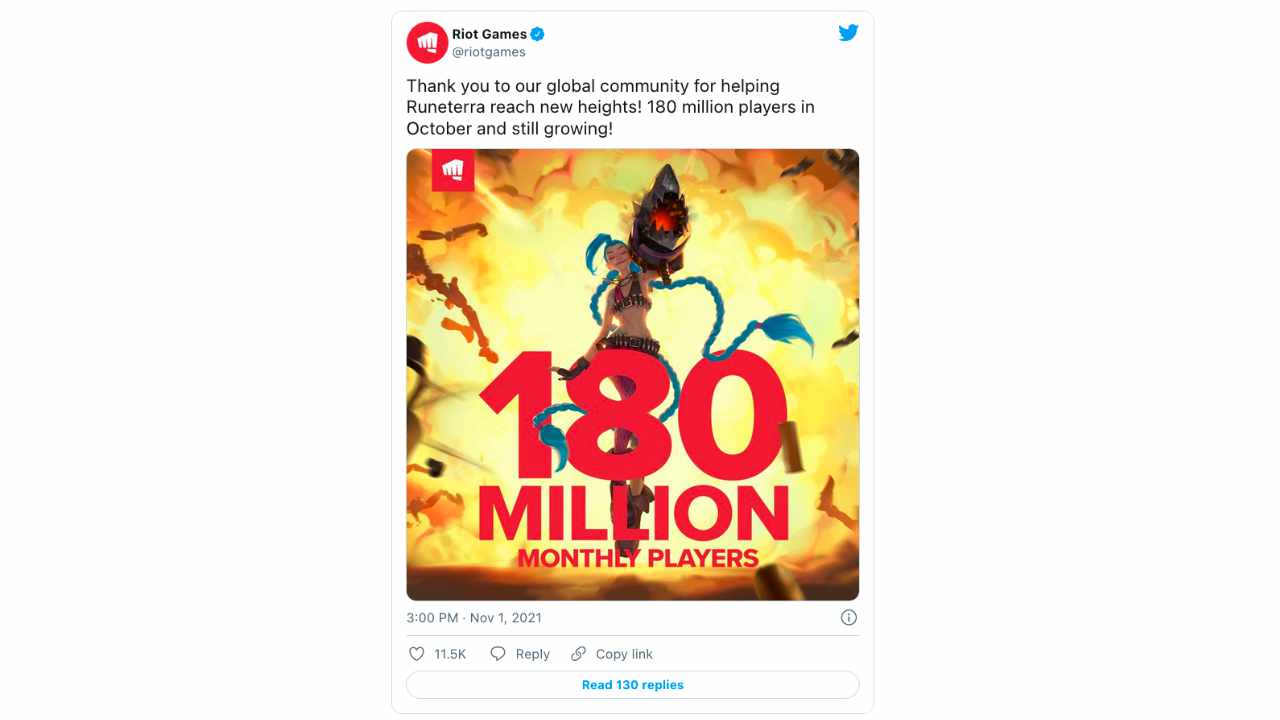 How to Play League of Legends and How Old Do You Have to Be to Start?

According to LoL’s Terms of Service, you must be age 13 or older to create a League account and play the game. If you’re a parent, you’ll be pleased to know that there are several in-game options that’ll help keep your child safe. For example, you can disable the game’s chat function, enable a language filter, and even hide other players’ usernames.

You can download the League of Legends client and create an account here. The download process should run smoothly, but if you come across any issues make sure to check out our LoL Troubleshooting Guide, we covered most of the known issues in it.

How Many Champions Are in League of Legends

There are over 150 champions in League and the roster is constantly growing, meaning you’ll need to become familiar with lots of new faces! The plus side of a large champion pool is that you’re pretty much guaranteed to find a few that are perfect for your taste.

A Closer Look at Summoner’s Rift

Summoner’s Rift has three distinct lanes – top, middle, bot – and a jungle that stretches across the map. The lanes connect both bases together, but getting to the opposing team’s base is no easy feat. Each lane is decked out with turrets and minions spawn continuously.

Base Turrets, Nexus, and Inhibitors Explained

Even after you take down the enemy team’s turrets, their base isn’t left defenseless. Both bases are protected by inhibitors and two turrets that guard the “nexus.”

What Are the Key Objectives in League of Legends

Objectives are attainable things in the game that increase your chances of winning. They provide gold, buffs, and other in-game advantages. Objectives we’ve discussed so far include inhibitors and turrets, but there are a few more you should know about.

About the Item Shop and How to Spend Your Gold

You can earn gold by taking down objectives, slaying minions, or defeating opponents. You can then use this gold to buy items that’ll make your champion stronger. The item shop is located in the base.

There are hundreds of items in the game, and which ones work “best” will depend on your champion, the game situation, and matchup. That said, you can find the most popular item build for your champion here.

How the XP and Ability Leveling System Works

You don’t just earn gold from taking objectives and securing kills – you also gain XP and can level up throughout the game. When you level up, you can put a point in an ability of your choice. The more points you put into an ability, the stronger it’ll become. The max level (and max points available) is 18.

Only one in-game ability is “unlocked” at the start of the match. You won’t be able to use the other abilities until you level up and put at least one point in them. Your ultimate (the strongest ability in your kit) is only unlockable at level six.

There are other ways to gain XP, including:

How to Master LoL’s Champ Select

Before you even enter the Rift, you have to pick a champion to play as. Each champion is unique; some excel at blasting the enemy to smithereens, while others are best at healing up allies from the sidelines.

What is Champ Select and How Does it Work

So, how exactly do you “choose” a champion? Has Riot Games implemented brain-to-computer technology that can magically tell which champion you want to play as? Nope. Sadly not. Before the game starts, you first enter a phase called “champ select.” Here, every player takes turns picking and “locking in” their desired champion.

We won’t go into too much detail about champ select, but you should know that each player has the option to ban a champion they don’t want to see in the game. In champ select, you can also change your runes and summoner spells, as well as more aesthetic in-game aspects like skins and emotes.

What Are the Best Summoner Spells for a New Player

If you’re a new player, we recommend sticking to flash and heal. The flash will allow you to quickly escape unsavory situations, while the heal will give you some extra sustain throughout the game.

The Art of Runes: Why They’re a Game Changer

Runes are customizable bonus traits that buff up your champion’s stats and abilities. Some runes even give you additional in-game items. Runes can be challenging to wrap your head around – there isn’t a “one-build-fits-all” approach. The optimal rune build will depend on the champion you’re playing, your team comp, and the matchup.

Due to the difficulty involved, it’s best to use the preset rune pages to begin with. You can also explore applications like Blitz.gg. Each match, Blitz.gg will automatically change your runes to ones that suit your champion and the matchup. If you would like to learn more about runes, take a look at our in-depth LoL runes guide. The guide covers what runes are, how to customize them, and optimal rune builds for each role.

The 5 Playable Roles in Summoner’s Rift

There are five playable roles in League of Legends: top lane, mid lane, jungler, ADC (attack damage carry), and support. Apart from the jungler, every other role is tied to a specific lane. If you haven’t guessed already, the top laner goes top and the mid laner goes mid.

The ADC and support both go bot – it is the only “duo” lane. The jungler spends their time roaming around the jungle.

The Different Modes of Summoner’s Rift

There are several different versions of Summoner’s Rift. Here’s what you need to know about each version.

How Do I Play My First League of Legends Game?

Now you’re familiar with the basics, it’s time to load up the client. As a new player, you won’t be able to access PvP initially. You’ll first have to go through a tutorial and battle it out against bots.

Some Quick LoL Tips for Your First Game

League of Legends is one of the most fun MOBAs out there, but it’s also one of the most difficult. While we’ve covered the basics here, there is still plenty more to learn.

More tips can be found in our guide on How to Get Better at LoL, do check it out if you haven’t already. Additionally, you can also explore our LoL news section that we update regularly.

Last but not least, welcome to League of Legends. GL and HF out on the Rift!