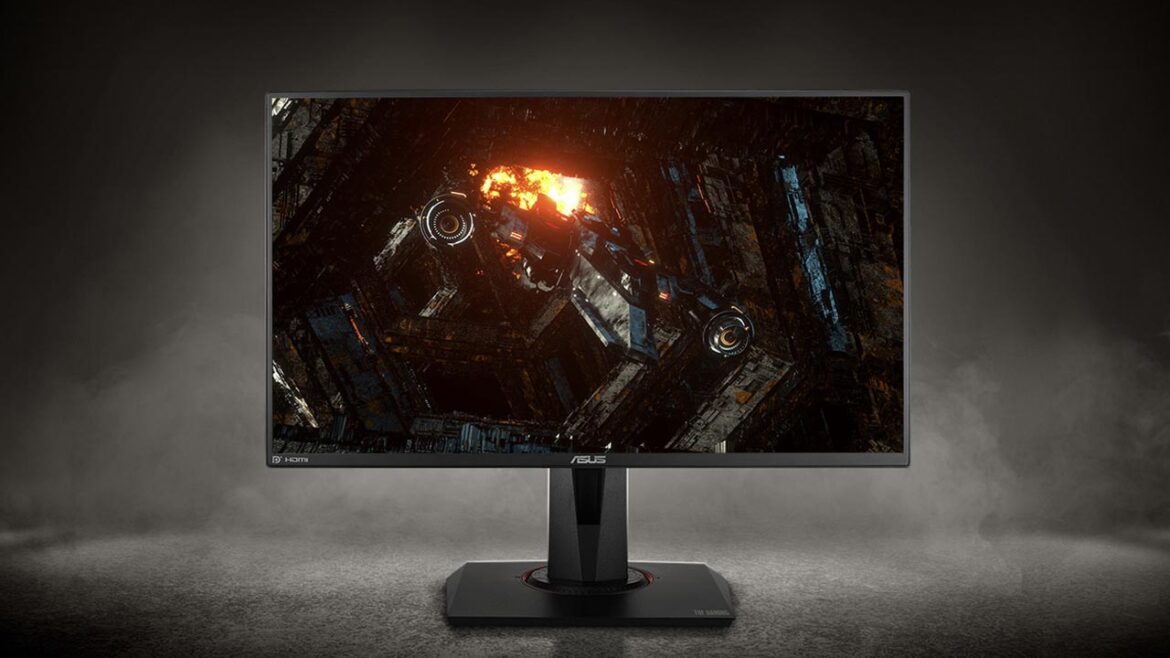 If you’ve watched E3, any dev panel or tech show in the past two years, you’ve probably heard someone wax on about HDR and how it’s the herald of a new age for gaming. That said, if you’re in the market for a new monitor, there is a good chance that your old setup doesn’t support this new wave of graphics technology. Beyond that, it’s critical that you know what HDR is, what it does, and how it benefits you before you drop your gaming budget on a new HDR enabled monitor. We’re here to tell you everything you need to know about picking a monitor, understanding HDR, and knowing when, and if, to use it.

How Did We Pick the Best HDR Monitor for Esports?

When reading reviews or content it’s always critical to know what the reviewer considers important for the product. Hopefully providing my perspective here will allow you to make an informed decision as to whether my values align with yours. If you care more about one aspect of HDR than another, then it might colour how you perceive my review.

There is more than that when it comes to choosing the right monitor for you, but aspects like aesthetics, size and whether it’s curved all come down to personal preference for your battle station. Additionally some of the more basic aspects of monitors, such as a higher resolution being clearer effect how we see an option, but we don’t need a diatribe about big numbers being good.

What HDR Equipment do I Need?

Despite being around in gaming since 2017, HDR is far from ubiquitous. There are still many monitors and systems (especially the budget options) that cannot display HDR. Best case scenario with one of these is you get an error message; the worst-case scenario is that you lower your computer’s performance as it tries to display HDR, and there is no change graphically. Even worse, in less detailed titles it’s easy to talk yourself into seeing HDR effects that aren’t there. So, to have full support of HDR, you would need the following:

The Best HDR Monitor On The Market: Alienware AW3423DW OLED

We’re starting on the high end of the budget and this isn’t a novel opinion. The QD-OLED is universally praised for a reason being one of the first true OLED monitors to come to gaming. Frankly this is a bit like saying ‘if you want to drive, I’d suggest a Porsche.’

The QD-OLED does earn its title spot here though, absolutely blasting away most competition in terms of quality. It’s the cutting edge of gaming monitors and the option that is going to stay relevant for the longest. I can’t say enough good things about it. Performance wise, it’s currently unmatched.

Remember when I talked about value though? There are way bigger changes you can make to your system for a cool $1650.00 than having a new monitor. If it weren’t for the fact that the QD-OLED is bringing new tech to the space, I wouldn’t suggest it based on budget alone.

It’s a big monitor, its an expensive monitor, it’s also, in my opinion the best HDR monitor on the market. If you’re looking to change your battle station into a capital ship, it’s hard to go wrong with the AW3423DW. You can check out the prices on Dell.com.

This has been my pick for the best budget friendly HDR monitor for a while in the ‘things I would suggest to friends’ category. It’s a fantastic esports monitor, coming in with a refresh rate of 144Hz, it’s got a slickly fast IPS panel and its incredibly budget friendly whether you’re just looking to get a good monitor, or if you are trying to squeak into HDR gaming.

Personally, I’m a huge fan of how adjustable Asus have made the monitor itself, with a full swivel setup included right out of the box. It’s perfect for sitting comfortably in any setup. It might not seem like a lot, but having that included will save you the headache of installing an arm on your desk later.

It’s worth noting that this monitor is best for display port setups as opposed to HDMI setups and that there are some edge colour ranges that HDR supports that this monitor cannot display, partially from its peak brightness (nits) not quite sitting where it needs to for the highest ends of the spectrum.

This is a value monitor for refresh rate and my pick for the best esports support, you can check out the full details on Asus.com.

The Odyssey line from Samsung has always been awesome, but in my opinion the G7 is still the standout. Though this monitor is about twice as expensive as the Asus TUF Gaming VG258QM, it earns every cent of that higher price point.

To get the stats out of the way, the Odyssey G7 is a 1440 VA monitor with a stunning 240Hz refresh rate. Critically, it also has a huge brightness spectrum and is going to more properly display true HDR on supported games. It also has support for both HDMI and Display Port setups, meaning it can plug into almost any GPU without compromising on quality.

The Odyssey is a curved monitor, which is something to keep in mind aesthetically, and the included stand isn’t nearly as flexible the VG238QM. That said, generally the Odyssey is going to be a strict upgrade if you can afford it, and still rings in as a high value monitor compared to many of the offerings out there on shelves right now. Check it out on Samsung.com.

How Does HDR Actually Work?

High Dynamic Range (HDR) is the modern way of displaying images on monitors. In original camera terms, HDR meant taking three pictures at different levels of exposure and combining them for ‘true contrast’; nowadays this is done digitally whether it’s in a video game or on an iPhone selfie. HDR has become somewhat of a buzzword in the gaming industry over the past several years, getting heralded as the next big graphics revolution and touted proudly by the experiences that support it.

In the end, it all comes down to light and clarity. HDR does two things when you’re playing. First, it brightens highlights and deepens shadows. Second, HDR allows for finer detail at either end of the light spectrum. Functionally, this means that bright spots are less likely to look blown out, and shadows retain shape as opposed to becoming inky voids.

Despite only changing the levels of brightness, HDR has a fairly drastic effect on colours as well. Though it might not directly change the colour of a particular object, HDR’s finer light control allows for more complex and adaptive shading. In technical terms, the base colour hasn’t changed, but the wider range of light lends itself to more varied shades within a single object. This is the least important aspect of HDR for esports, but it is probably the first aspect most people notice.

Do All Esports Games Support HDR?

Short answer, not by a long shot and there are several reasons for this. The first is that HDR is relatively new within video games and older esports mainstays like League of Legends released before it was around. The second reason is that HDR is pretty taxing on machines, meaning that a developer who wants to make a widely accessible free-to-play game is likely going to skip it.

Finally, HDR is the realm of high detail. Games with a simplified aesthetic like Rocket League or Fortnite won’t benefit much from natively supporting the function. Many esports titles are designed without the peaks and valleys of light in the first place, making HDR essentially irrelevant.

The most common version of HDR is AutoHDR, a windows based function that simulates HDR lighting for programs that don’t have it. It works, but it isn’t as stark as true HDR. That said, even games that don’t have HDR inherently likely support AutoHDR and other equivalents.

Right now, finding an HDR-enabled monitor is most relevant if you’re playing Battlefield or Warzone. That said, even auto HDR provides a noticeable improvement in clarity that some players find irreplaceable.

What Would Be the Advantages of HDR in Esports?

At it’s core, HDR is more information getting to the player. Developers already use tools like highlight and contrast to focus player attention, and HDR maximizes this effect. Beyond being more graphically impressive, HDR allows players to sight-read content more efficiently, leading to better play and performance.

The universal example of this is in shooters like Call of Duty or Valorant. Developers enable bright outlines and character silhouetting to draw your eye to the target. HDR works in tandem with these strategies to ensure you don’t miss your targets. This is doubly important in the darker corners or some maps, where shadow can conceal a clever player.

Despite HDR being graphically positive, it’s not something that you always need to consider, nor does it need to be enabled on every system you play on. In some games, HDR is negligible to your performance, but it always comes with these drawbacks.

So, Is HDR Worth It?

This honestly depends on your budget. If you already have a system that can run HDR, or can afford to upgrade to it; HDR is a strict upgrade. That said, if you’re not playing graphics intensive esports games like Call of Duty there are likely investments you can make into your setup that are going to benefit you more than enabling AutoHDR on Fortnite.  Frankly, in the coming years the floor for HDR equipment is going to come down, and it’s going to be more universally supported on equipment and within new titles. At that point, it will be a critical investment, but I don’t think we’re there quite yet.

Keeping Your Gaming Gear Clean Is Easy, Here Are Our Tips