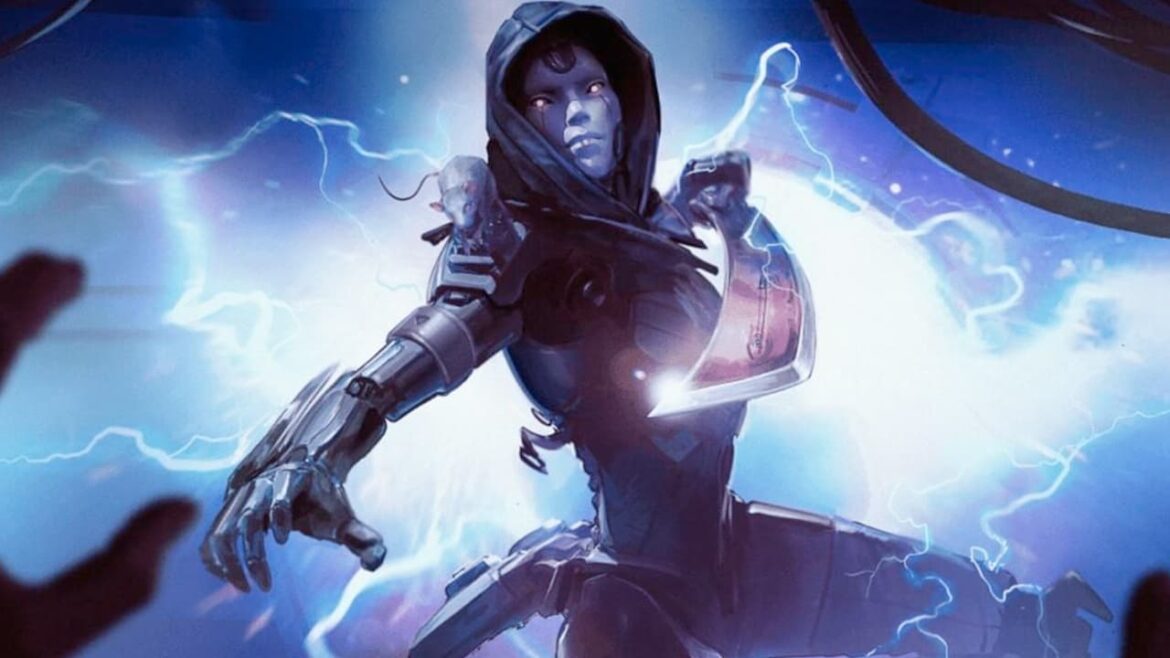 She is no longer just the arena overseer, but a fully reconstructed simulacrum of the former Dr. Ashleigh Reid. Once a scientist herself, the transformed woman of science now embodies a simulacrum shell for a body. Her newfound state comes as a result of an incident that took place while on a perilous mission given by a peculiar mercenary group.

What’s the Story Behind Ashleigh Reid?

Still of flesh and bones, Dr. Ashleigh Reid was up to the task of stealing an “experimental fuel source” that has been the subject of attention at the Outlands city of Olympus. A job she so perfectly held for her ability to infiltrate and to manipulate others, particularly the researchers. That was until the laboratory itself exploded, including her with its destruction.

But fate has something more to the supposedly doomed doctor. With a body technically unable to sustain her life, Dr. Ash’s brain was transferred into a simulacrum shell. But in the process of doing so, she “lost years of memories” in addition to the “trauma of her ‘death'” that caused her to suffer a fractured personality. Her chance encounter with Horizon only brought forth another this other persona, significantly distinct from the confident “Ash,” as “Leigh”. Thus, a conflict between two different roles is borne, one that sees the latter being an anti-thesis to the former: a man’s psyche versus an autonomous A.I., respectively.

While known as cunning back as a human, her alter ego Ash, on the other hand, is more of a combatant. But this title means nothing if not for the skills she has at her disposal:

Yet, another interesting legend to pre-occupy curious Apex Legends fans.

Meanwhile, Apex Legends was recently embroiled with a hacktivist group, which could or could not affect the release of this character in the first few weeks. You can read about it here.