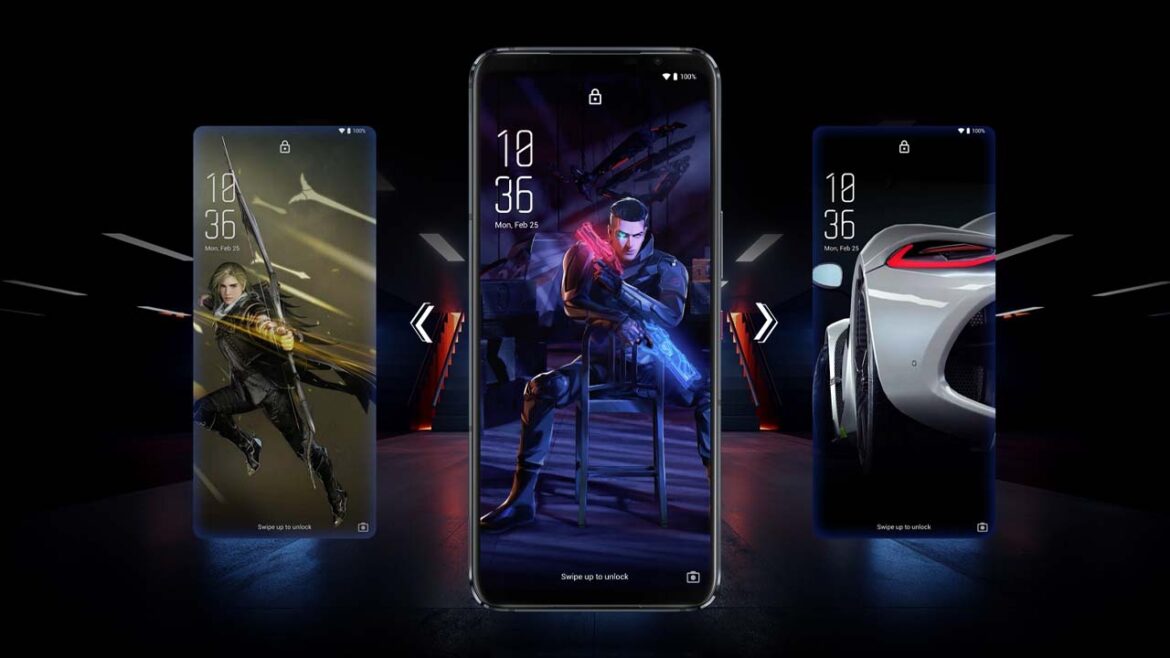 Long gone are the days of Snake, Tetris, and fumbling around on clunky buttons. In the last decade, tech innovations have allowed mobile phones to become practical and portable gaming consoles. You can now play titles like CoD and PUBG in the palm of your hands, whenever, wherever, with visually appealing graphics and smooth controls. There are even esports tournaments held worldwide for mobile exclusive games.

Of course, just like laptops and tablets, not all phones deliver an equal gaming experience. That’s where we come in – we’ve compiled a list of the best esports gaming phones available on the market right now, featuring models that’ll suit different budgets and preferences. With one of these phones in your back pocket, you’ll be racking up kills (and wins) in no time.

How Did We Pick the Best Phones for Competitive Gaming?

The main factors to consider in a phone for esports gaming – and the qualities we looked at when creating our list – include: 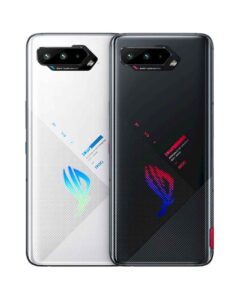 Asus is one of the most popular esports brands on the market. They specialize in creating gamechanging esports peripherals that are also versatile, portable, and durable, and have long been associated with innovation in the gaming community, being among one of the first companies to overclock display panels above 165HZ. Asus also doesn’t skimp out on the gamer aesthetic – their products are notorious for having edgy designs and fully customizable RGB lighting. As expected of such an established brand, Asus delivers to most countries in the world, and depending on where you live, they provide monthly payment options and free shipping. Asus also has a reputation for offering generous warranties, with most warranty periods for their products ranging between 1 to 3 years.

Calling the Asus ROG Phone 5s a powerhouse is an understatement: it’s a total beast. Loaded with ultra-powerful processors, up to 18 GB ram, and a lightning-fast 144 Hz display, every aspect of it is designed to level up your gaming experience. It’s even packed with innovative features, from rear sensor triggers and a clip-on external cooling system, to performance-enhancing game software, where you can customize toggles, macros, and vibrations.

Despite its immense power and frills, the Asus ROG Phone 5s doesn’t sacrifice on battery life. It sports a 6,000mAH battery – split into two 3,000mAH batteries to prevent hot spots and allow for faster recharging – that can last for over 8 hours with constant use at 144Hz. To top it all off, the overall look has an aesthetic, Matrix vibe, with sleek, edgy lines and a customizable back design.

The only downside? The camera is pretty mediocre, but that’s only a minor gripe considering its main function is a portable gaming machine. 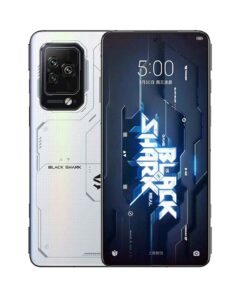 For gamers on a budget, Xiaomi reigns king. The company offers a range of gaming peripherals at affordable prices without sacrificing quality. Xiaomi also has several sub-brands, with Black Shark being its dedicated gaming phone brand, and its products are shipped all across the globe. Most Xiaomi gaming products come with a 1 to 2 year limited warranty. The Black Shark 5 is an affordable, all-round esports gaming phone that’s loaded with a high-end Snapdragon 870 processor, up to 16GB of RAM, and a beefy 6.67 inch 144Hz AMOLED display. The screen brags a 8.3ms touch latency, meaning every swipe (and in-game action) feels fluid and slick.

The overall design of the Black Shark 5 is extremely flashy and definitely tells the world around you that you’re a hardcore gamer, for better, or worse. Its 4650mAH battery is respectable and can be fully charged in 15 minutes, and the phone itself rarely gets hot to the touch, thanks to its innovative liquid cooling system’s structure. Plus, it even comes with a pair of built-in triggers for all your FPS needs. Just like the Asus ROG, the Black Shark 5 also has integrated, intuitive software to enhance gameplay and eliminate distractions. 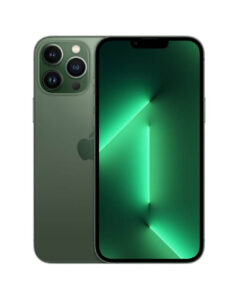 Apple has become a household name throughout the world, and it’s no surprise why: as of 2022, it’s one of the largest information technology companies in the world. Its products, while pricey, are often praised for their ease of use, durability, and premium look. Despite this, Apple doesn’t exactly have a stellar reputation in the gaming community. In fact, playing on a MacBook instead of a PC is pretty much treated as a sin. But even the most hardcore gamer can’t deny that Apple’s iPhones are packed with immense power, gorgeous screens, and long battery lives – all qualities that make them well-equipped for mobile gaming.

The iPhone 13 Pro Max definitely comes out on top for iOS esports gaming. Its A15 Bionic Chip can handle even the most graphically demanding esports titles, and the 6.7 inch super retina XDR display allows you to see every intricate detail, meaning you can effortlessly spot out your enemies or land complex combos. The device is loaded with 6GB of RAM, an internal capacity of up to 1TB, and feels super comfortable to hold in landscape mode.  Unlike many other gaming esports phones, the iPhone 13 Pro Max brags a phenomenal set of cameras, making it well-suited to those who dabble in videography as well as gaming. It also makes a dead battery an urban legend, with a single charge granting you up to 28 hours of video playback.

Sadly, the 13 Pro Max doesn’t come with an audio jack, so you’re stuck with Bluetooth headsets – not ideal when you’re gaming due to the higher latency – or the built-in speakers. With that said, the speakers are loud, clear, and work well in most environments.  All iPhones come with a 12 month warranty. However, Apple also gives consumers the option to fork out extra for a premium 3-year warranty that covers accidental damage.

Established in 1946, Japan, Sony is known for its consumer electronic products and has been catering to gamers for decades with their PlayStation consoles. The first ever PlayStation console was released in 1994. Sony also sells a wide variety of smartphones, each suited to different budgets and preferences, and typically offers a 1 year warranty on their products.

While Sony’s phones aren’t often designed for gaming, the new Xperia 1 IV is definitely more than up for the task. In fact, according to Sony themselves, the phone was developed in collaboration with professional esports players. It’s packed with a 6.5 inch 120HZ 4K display, 12GB of RAM, a ultra-fast Snapdragon 8 Gen 1 processor, and a long-lasting battery. Virtually all esports games run at 60 FPS or higher on the device.

The Xperia 1 IV also has plenty of features to help give gamers a competitive edge, like game-enhancing software, a 240Hz touch scanning rate for slick and accurate movements, and a low gamma raiser to increase visibility of enemies in dark environments. And if you enjoy streaming your games? The Xperia 1 IV’s dedicated software allows you to live stream your games and interact with fans effortlessly.

Sadly the longevity of this phone, despite its high-end performance and premium price tag, is pretty disappointing. Sony has thus far only guaranteed two years of Android updates, with a few additional years of security patches.

How Long Does a Gaming Phone of this Caliber Last?

Gaming phones typically last for around 4 years – slightly longer than the average smartphone – thanks to their huge batteries, high specs, and hefty onboard storage. Some gaming phones, like the Asus ROG 5s and Black Shark 5, also have integrated cooling measures that help prevent heat from wearing down the hardware over time. High-end gaming phones are particularly durable and should withstand drops, bumps, or (tilt-induced throws) over the years.

Most Android gaming phones receive a respectable 3 to 4 years of software support, followed by additional security patches. iPhones typically have software support for at least 5 years. That said, software support isn’t necessarily a major factor to consider when choosing a gaming phone; the vast majority of mobile games, especially popular esports games, are well-optimized and compatible with outdated software. For example, Clash of Clans on iOS can still run on iOS 11.0 and Android 5.0, while PUBG Mobile can still run on iOS 9.0 and Android 6.0.

Leveling up your game: the must-have esports accessories

Once you’ve chosen your new gaming phone, it’s time to take it (and your gameplay) to the next level. Here are the must-have esports accessories.

What is better than a Gaming Phone? A Tablet.

While gaming phones are portable, slim, and easy to manoeuvre, tablets are by far the best consoles for playing most mobile games. They generally have more powerful processors, better cooling, and longer battery lives, all of which enables you to game smoothly for long periods of time. Tablets also have much bigger displays than phones. You can have a browse of our list of the best gaming tablets here.