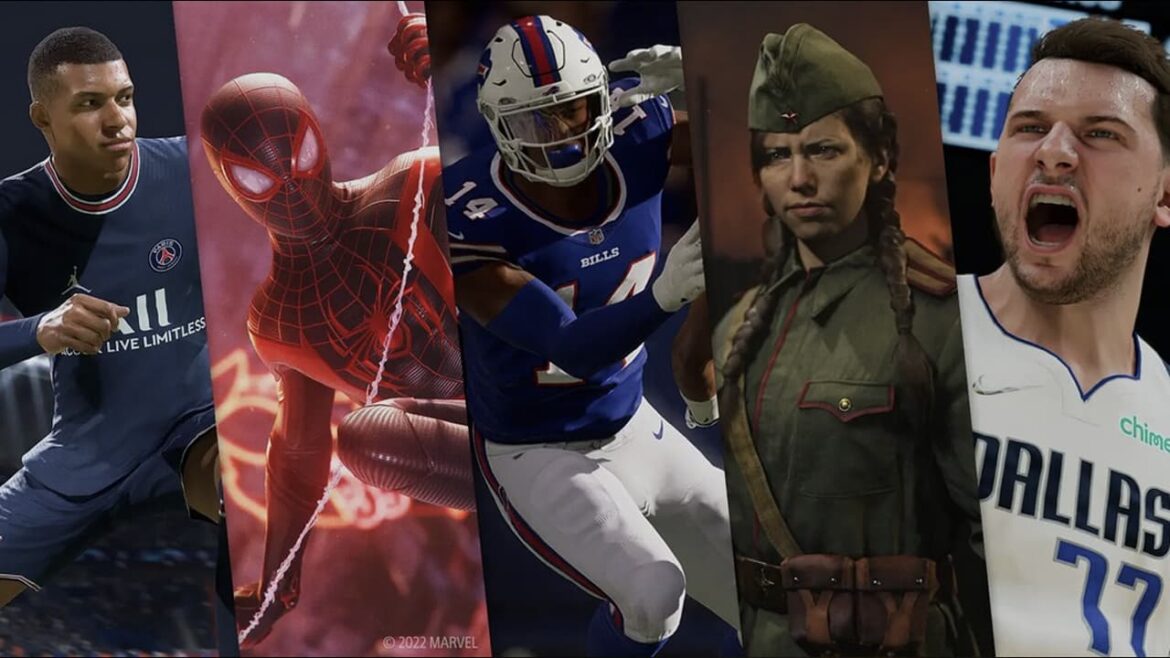 Lagging in the US/Canada charts, FIFA22 is trailing every other game behind in Europe on the PS4 and PS5 platforms. The information comes from the official PlayStation blog that sees the top 20 games that get the most downloads on consoles.

NBA and GTA Followed Up, With a Few Surprises at the End

FIFA22 not making it into the top 10 at least in the US/Canada may come as a surprise. But is partly explained as to how basketball and hockey may be the more popular sport in the region. But for the more football-centric Europe, the opposite is true. FIFA 22, thusly, takes the lead on both PlayStation 4 and PlayStation 5, as of December’s record.

Yet, nothing also illustrates the contradiction between the two continents better than how completely reversed the placings were between FIFA22 and NBA 2K22. Unfortunately for the hockey fans, there’s no NHL title in any of the lists.

Although it does not come as a surprise, Rockstar’s GTA V remains popular to this day. That is, by finding a good spot in second placement at the EU charts for the PS4. Call of Duty: Vanguard, however, fills the spot on the PS5 roster.

But while they made their way into the top 20, least in the rankings are Mortal Kombat 11 on the PS5 and Assassin’s Creed Valhalla on the PS4. The latter, however,  fares better on the PS5 at the 10th spot, according to the European charts.

Games, such as those that made the top 20 lists, certainly deserve their own respective spot. Primarily, for how solid they’re made by the developers behind them. But what gives these titles the popularity they require boils mostly down to community support. Hence, why titles that make it into esports (like FIFA’s) tend to withstand the test of time and even become the classic in their own genre.

Editor’s Note: Dear Reader, this is an archived article from our FIFA Esports News section published in early 2022, for the most recent news check out our main esports news category.

Parasite Retires From Competitive Play, Blames the State Of CoD