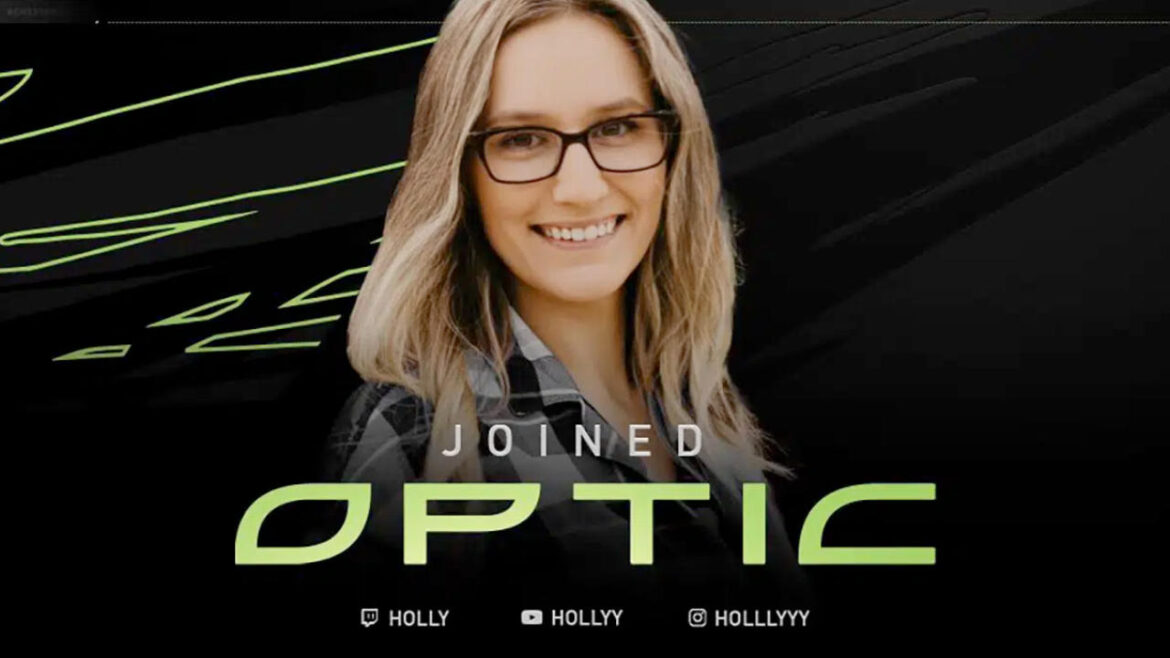 Popular Call of Duty professional player and streamer Holly is officially joining OpTic as its newest content creator. The popular content maker is also the spouse of series legend, Karma, and a frequent in many COD tournaments.

Holly Is a Frequent Participant in Many COD Tournaments

Known in real life as Holly Barlow, the streamer calls Twitch her domain, where she demonstrates pure talent on Call of Duty.  While having a longstanding presence in the franchise, her massive rise to fame did not begin until COD: Warzone. Her 75,000 followers were not disappointed, however, especially in how she showcased her ability in a game that’s mostly dominated by male players. This comes especially true during the TSM Prosim tournament where she earned first place and won $16k. Arguably, to some extent, giving the impression as to how she is one of the best, particularly as a female player. Throughout her mainstay with Call of Duty, Holly has managed to earn more than $20k.

With Holly now officially a family member of OpTic Gaming, she only entrenches herself more into the series. One that could potentially lead to a higher following count, especially among fans of the FPS. For any fan of the Call of Duty franchise, Holly must be on your watch list. If you are not already, you may follow her Twitch channel and see her get into action.

In another story of a persona becoming deeply involved in the Call of Duty franchise, a former FaZe Clan member announced his return to the group. Not as a competitive player, but as a content creator.

Godzilla Joins Tekken 7 Roster Through a Fan Made Mod