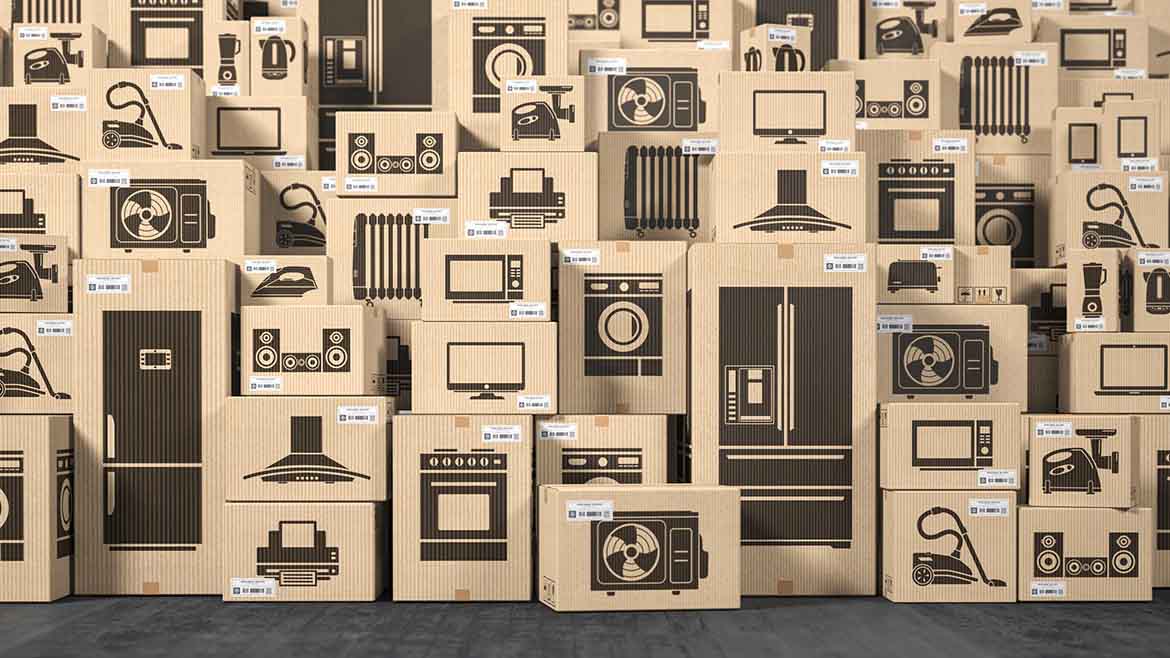 If your car breaks down and you have a choice between a well-known and reliable mechanic whose shop fulfills all safety regulations and a newbie operating from a shady shop that can’t be found on Google, you’ll probably pick the former, even if their services are more expensive.

An example that better resonates with gamers includes picking between a no-name power supply that doesn’t even have the 80Plus certification and a budget CX series PSU from Corsair. The Corsair one is pricier, but it’s worth the extra cash since it comes from a known brand and fulfills every PSU standard, including the 80Plus certification.

Most products we use abide by similar safety rules and regulations. Various regulatory bodies around the world develop local and international safety standards that products must fulfill to be sold in the respective markets.

And in cases when products don’t have to abide by those standards to be sold – like that no-name PSU – it’s in the manufacturer’s best interest to obtain necessary safety certificates since fulfilling safety and other standards increase the likelihood of consumers buying their products.

The thing is, regulatory agencies can’t test every single product that comes to the market. This is where the testing laboratories come in. They evaluate various products and bestow certifications to products that pass, deeming them safe to use and in accordance with said standards.

Behind The UL and ETL Abbreviations

UL (Underwriter Laboratories) and ETL (Electrical Testing Laboratories) are independent testing labs that evaluate and test electrical appliances and equipment as well as gas and oil products such as industrial machines.

The labels have a similar look, but you can clearly see which one is UL and which one ETL.

The Occupational Safety and Health Administration, or simply “OSHA”, is a governing body that ensures safe and healthful working conditions for workers by setting and enforcing various standards, including the UL and ETL certifications.

The NRTL program was established in 1988. An organization has to fulfill the following criteria to become a NRTL:

Further, according to OSHA, “An organization must have the necessary capability both as a product safety testing laboratory and as a product certification body to receive OSHA recognition as an NRTL.”

UL and ETL design their testing procedures based on various standards.  The International Electrotechnical Commission (IEC) has authored most safety standards used in the evaluation of electrical equipment. However, as we already said, other organizations, including UL, ISO (International Organization for Standardization), US OSHA, and others have their own standards.

Out of the two, the UL certificate is more recognized since the organization both tests products and equipment in its laboratories and authors its own safety and other standards used by other testing laboratories.

On the other hand, ETL doesn’t have its own standards. However, ETL certificates hold the same weight as UL’s. After all, ETL is an NRTL, which means that both organizations fulfill precisely the same requirements and criteria.

Why Is It Important for Electrical Equipment to Have Safety Certificates?

Aside from simply having a recognizable seal of approval, which is always good, being UL/ETL or NRTL listed means a product is deemed safe by an independent testing body. This means that the said product abides by safety guidelines proposed by OSHA.

For instance, regarding electrical appliances, it means they can work on the US 110-120V power grid and can sustain higher or lower voltages without breaking or being set on fire. It also means that any listed product is made from components that won’t melt under high current.

An example of a UL Certification label.

Having a UL, ETL, or NRTL safety certificate also means that an electrical product functions as supposed, is deemed safe to operate under conditions marketed by the manufacturer and that its specs aren’t overblown or untrue to real-life performance.

For example, in our article on the best extension cords for gaming, we mentioned the model SJEOW marketed for outdoor use that has a rating of, let’s say, 1650W has to be safe to use at 300 volts, made of TPE thermoplastic elastomer, insulated and jacketed, oil resistant, and rated for outdoor use at -58 degrees Fahrenheit.

And while any manufacturer can slap the SJEOW label and max power of 1650W on its extension cord, only those with UL, ETL, or any other NRTL stamp of approval are actually fulfilling those specs.

Finally, a product carrying a UL/ETL stamp of approval means that the manufacturer has a certain level of responsibility in case of malfunction or accident. For instance, if your surge protector causes damage to connected appliances and household wiring and the insurance inspector finds that the said protector has caused the accident, the presence of UL/ETL or any other NRTL safety certificate massively increases chances the manufacturer will be held responsible.

A product carrying a UL/ETL stamp of approval means that the manufacturer has a certain level of responsibility in case of malfunction or accident.

Do note that NRTL stamps of approval only guarantee that a particular product fulfills minimum safety standards. In the case of a PC power supply, this means that the PSU is made of approved components – aside from products, some NRTL members such as UL also test individual components – and that it works according to safety standards, such as being compatible with the 110-120V power grid.

On the flipside, having a safety certification doesn’t mean that the PSU in question is of high quality. As an example, let’s look at the budget EVGA 450 BT power supply. While the PSU comes with the cTUVus (US and Canadian markets) stamp of approval, it only has satisfactory quality and performance. Note that the cTUVus certificate carries the same weight as UL/ETL certificates, since TUV is an NRTL.

The presence of UL/ETL or any other NRTL safety certificate should only be the starting criterion when searching for a new electrical product.

Also, even if a product comes with a UL/ETL certificate, this doesn’t mean it’s 100 percent safe. For example, a power strip with a rotating plug from Belkin is UL listed. However, the appliance features compromised design that, in a nutshell, has too many potential points of failure.

This design issue has been responsible for a large number of accidents. In this case, there isn’t a safety standard made explicitly for power strips and surge protectors with rotating plugs. If one existed, any NRTL could’ve tested the product specifically against safety issues found in rotating plugs.

Next, Schneider Electric had to recall almost 50,000 of its Surgeloc surge protectors because they were deemed a fire hazard. Again, these surge protectors were UL-listed. As you can see, while UL/ETL certificates mean that a product or a component adheres to safety regulations, this doesn’t mean it’s 100 percent safe.

We recommend following the Consumer Product Safety Commission’s Home Electrical Safety Checklist, even if you only buy electrical products that fulfill all safety regulations . CPSC also has a site where you can search for unsafe product reports and even report hazardous products yourself.

On the other hand, if you decide to get the cheapest option and completely disregard safety standards, you’ll probably have a bad time.

While there’s always a minuscule chance of a product carrying an NRTL seal of approval being a safety hazard, completely disregarding safety certificates when shopping for electrical appliances is a bad idea.

For instance, let’s return to the aforementioned SJEOW extension cable. If a manufacturer doesn’t have any NRTL certificate on their cord, the cable doesn’t have to fulfill safety standards for SJEOW cables.

In other words, the cable could be made of materials that can’t retain their elasticity at low temperatures, it doesn’t have to be oil-resistant, and you can’t even know if its power rating is accurate.

You might connect a power tool, burn the cable and your tool, and cause damage to your household. Hell, a non-certified cord could even come without a ground wire, which is a massive safety hazard.

One of the most severe adverse effects of using untested electrical equipment or appliances is denial of the insurance claim.

For instance, imagine buying a cheap extension cable without any safety certificate that ends up causing a fire in your household and damaging insured property. There’s a chance your insurance claim gets rejected because you used a product deemed unsafe by your insurance company.

What About Electrical Equipment Certifications Outside The US?

OSHA’s NRTL program applies to the US market, and we’ve already shown how to check all NRTLs. Remember, every stamp of approval from any NRTL carries the same weight. UL and ETL certifications are just the most popular among consumers and manufacturers. Note that a good number of NRTLs offer certificates both for the US and Canadian markets. With that said, Canada has its own safety governing body.

The SCC (Standard Council of Canada) is the Canadian governing body for safety standards and accreditation. If you live in Canada and the product you’re after doesn’t carry NRTL seal of approval that works both in the US and Canadian market, visit the SCC’s website and check SCC’s accreditation program for the product, process, and service certification bodies. The page in question includes a list of all certified testing bodies.

The EU has its own CE (European Conformity) program that covers all kinds of products; from food to medical equipment. The CE marking on a product means that the product has passed the EU’s standards regarding the said product’s applicable safety legislation.

The good news is that the CE marking protects you as long as you live in Europe. You don’t have to live in an EU country since most manufacturers won’t bother creating separate product shipments for non-EU countries.

The bad news is China being China and creating its own China Export label that looks suspiciously similar to the CE marking. Below you can find an image that shows the differences between the two designs.

Look at the spacing between them, that’s the giveaway.

Lastly, if you live outside the US, Canada, or EU but want to know if your country has bodies that provide electrical equipment safety testing in line with international safety standards, here’s what you need to know.

The IEC (International Electrotechnical Commission) and its System for Conformity Testing and Certification of Electrical and Electronic Components Equipment and Products, also known as IECEE, have a website that lists every CBTL (certification body testing laboratory) approved by the ICE.

The Importance of UL and ETL Certifications in Electrical Equipment – Conclusion

As you can see, opting for an electrical product carrying a UL, ETL, or any NRTL seal of approval isn’t foolproof evidence that the product in question is 100 percent safe. However, it does mean that the said product fulfills international and US safety regulations, usually based on the IEC standards.

In other words, you can rest assured that, unless something extreme happens, like lighting hitting your home, the product will function as expected. If it doesn’t, and if an insurance agency’s investigation finds that the said product caused the damages, the manufacturer will be held responsible.

There are always fringe cases when a certain product features a unique design for which there isn’t a safety testing procedure or if there’s a manufacturing defect that causes accidents in some use scenarios. However, in those cases the manufacturer is, again, responsible. If your household suffers damage while you’re insured, your insurance claim will most likely be accepted.

Also, don’t forget that a product fulfilling safety standards isn’t automatically a high-quality one. While the presence of safety certificates is the first thing you should look for when buying electrical equipment and appliances, we also recommend reading professional reviews as well as user reviews and experiences before making the final decision.