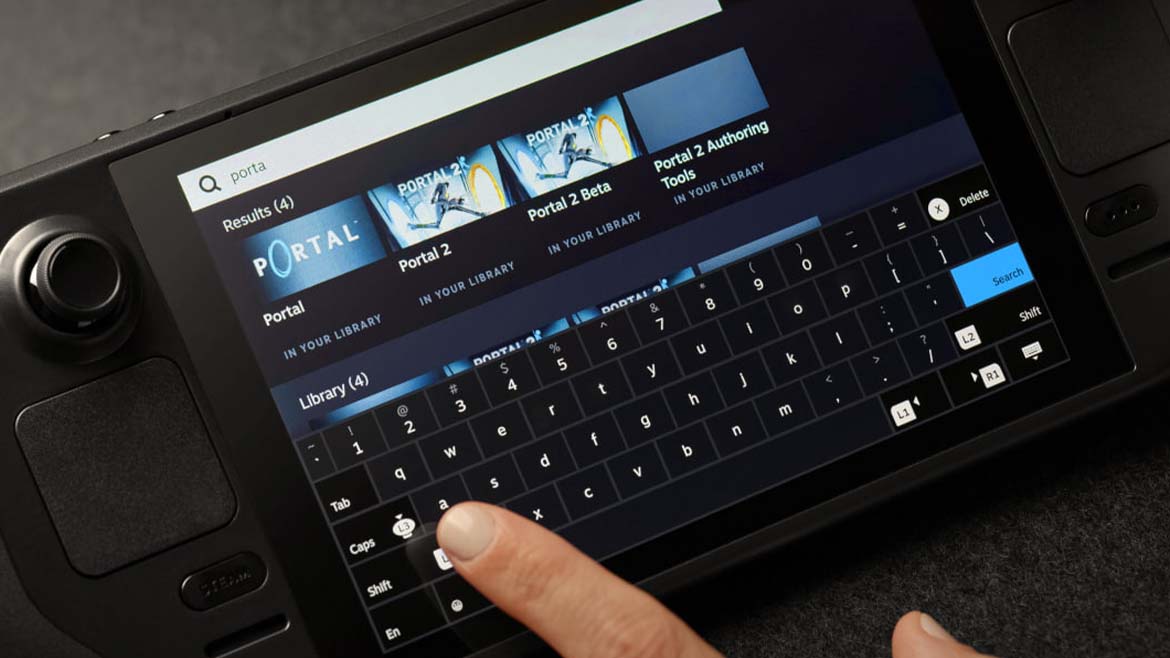 You would think that managing screenshots on the Steam Deck would be just a few clicks paired with a share button, but you’re as wrong as I was.

Last week, when I was doing my Steam Deck dock review, I wanted to take a couple of screenshots to showcase the integration and update process, but soon enough found out that I need to dig through the internet to actually figure out how to transfer screenshots from my Steam Deck to the laptop.

Yes, Valve didn’t made it as simple as it is on other handheld consoles, or even regular home consoles like the PS or Xbox series. They have their own way of doing it, and I hope they improve it soon.

And don’t get me wrong, taking the screenshot isn’t a huge deal, it’s actually the easiest part of the process.

To Take a Screenshot, Press the Steam Button + R1 At the Same Time

You actually learn this quite early in the consoles ownership cycle, but if you forgot, there’s a full shortcut list available that also includes the screenshot option. Just press and hold the three buttons on the lower right side of your console, and all the shortcuts will appear. 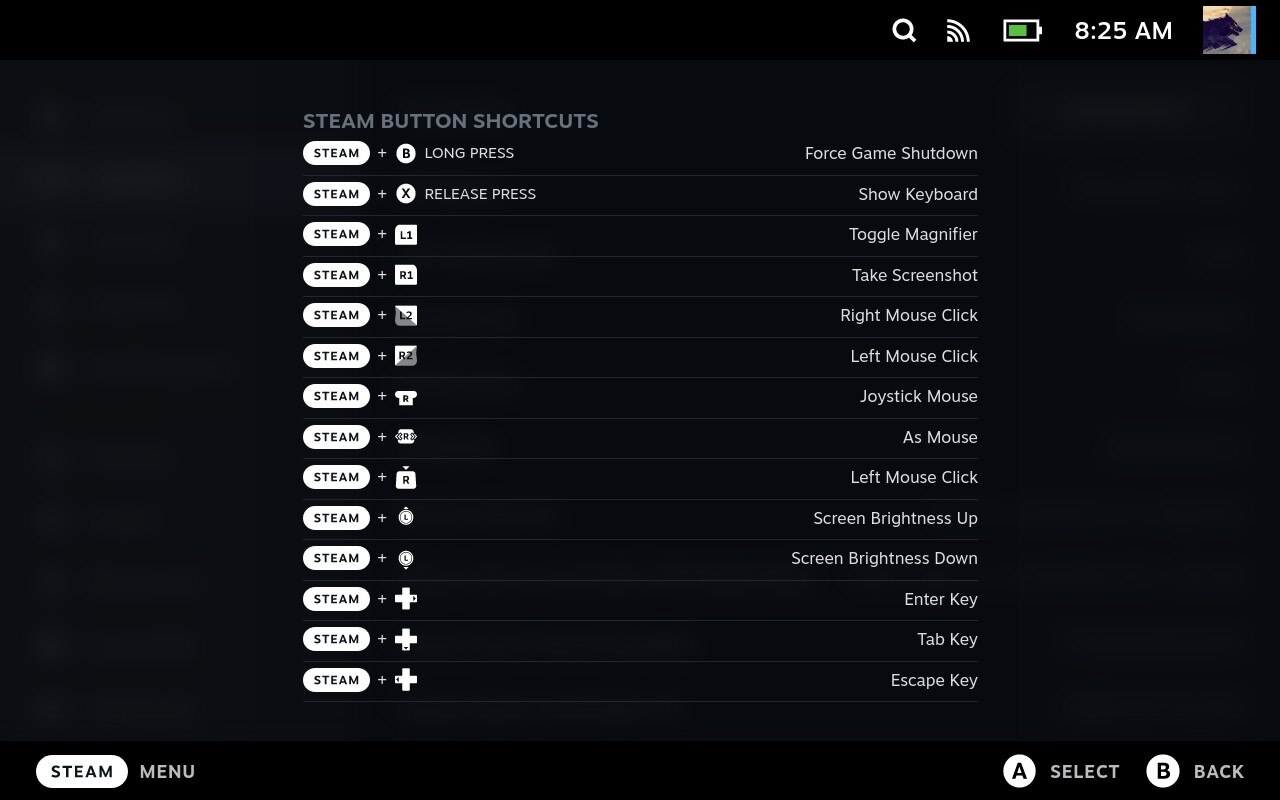 There you can see that the trick behind the screenshot are pressing two buttons at the same time: STEAM button on the lower left + the R1 button on the upper right shoulder of the console. Once pressed, you’ll be presented with a thumbnail in the lower part of the console. You can click on that thumbnail to go directly to the screenshot, or find it by pressing the STEAM button once again, going to MEDIA and then navigating through the tabs above.

You Can’t Share Screenshots Directly from the Steam Deck

This is where the stupid part comes in. Right now you can’t just click a button on the Steam Deck and share the screenshot directly to Twitter, Facebook, Twitch or any other platform that you might think off – because the integration or the function is still not there.

In my Steam Deck review I already mentioned that the device is still in its baby phase and I’m sure the second or third iteration of the console will be excellent, but as of now there are just too many overcomplicated things that a regular user wouldn’t know how to solve by themselves.

Depending on your skill level you would have several options at your disposal. The most simple way of getting your screenshot to your PC and then moving it to whichever platform you need from there would be the following method: 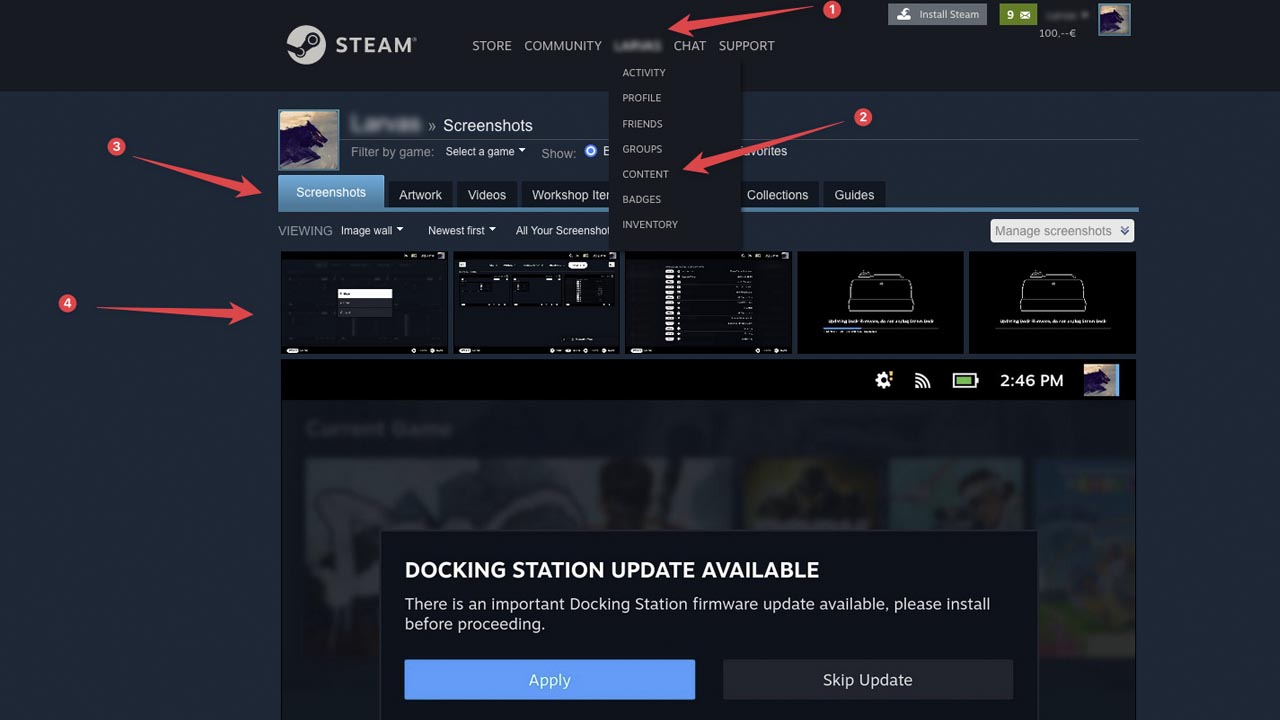 Do with them what you like from that point, just remember to to pull them down so that they are not publicly available, especially if you were screenshooting sensitive information.

u/manycyber from Reddit reported that there’s a bug in the Steam Client preventing screenshot upload for the non-primary users, I managed to replicate the issue and can confirm that it’s still a thing, even in the latest 3.3.2. OS version.

So, if you’re sharing your Steam Deck, if that person is registered as a non-primary user, they will not be able to upload the screenshots this way. They will need to dig in a bit deeper in to the console by opening the Dolphin explorer in Desktop Mode, and then finding the following folder (just make sure to replace the variables ACCOUNT_ID and TITLE_ID with your own data)

I was watching the tutorial from Gaming on Linux which explained this neat trick, and I wanted to share it with you guys. All credits to them of course.

First, switch to Desktop Mode, click on the Steam Handle icon in the task bar and go to Settings. 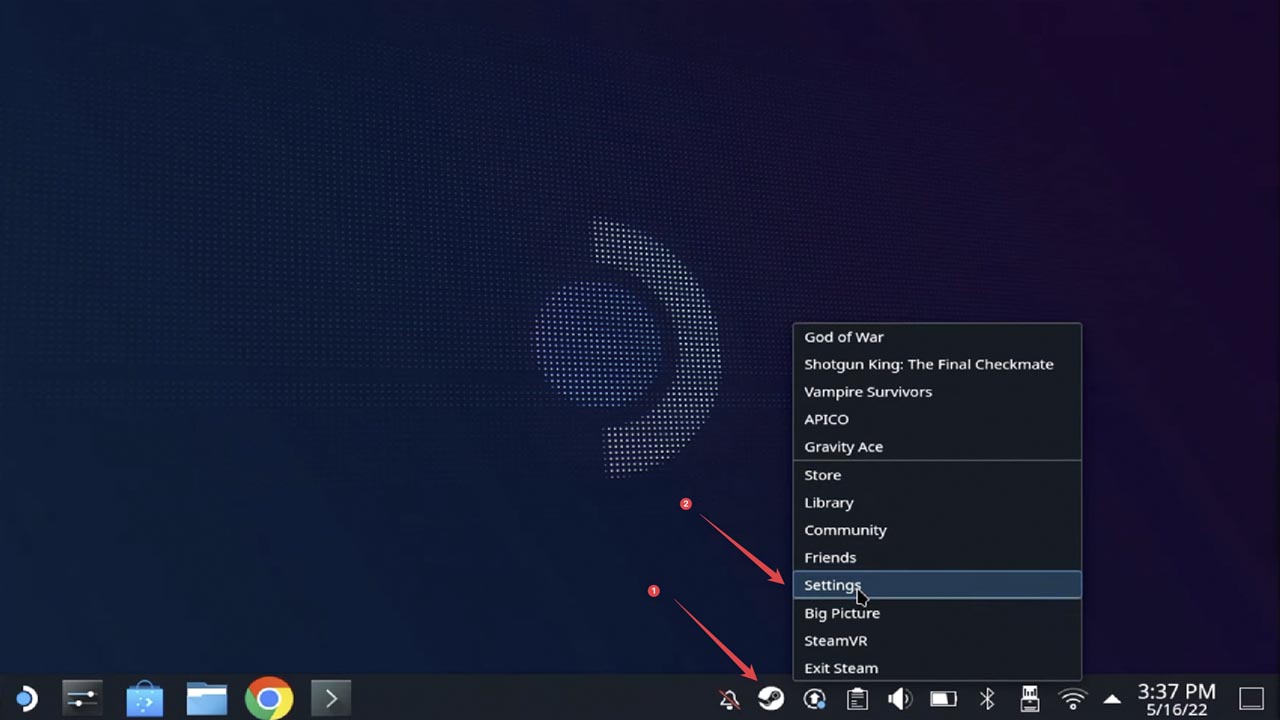 Under settings, you’ll see several options on the left part of the new window. Pick out In-Game, then enable “Save an Uncompressed Screenshot”. Meaning that the screenshot will not be processed, and you’ll get a much richer file in return. 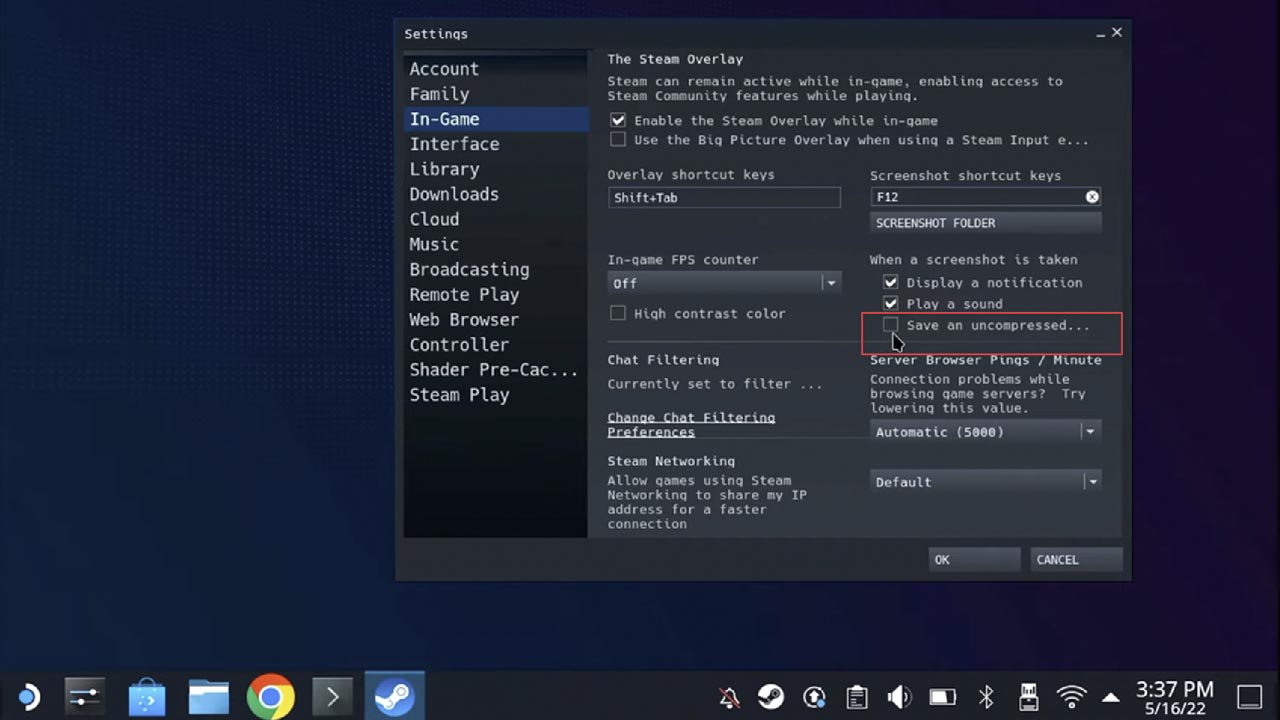 And since you’re already there, you can also change the screenshot file location, meaning that you can pick the folder where you want your screenshots to be saved, including your Steam Deck SD Card. 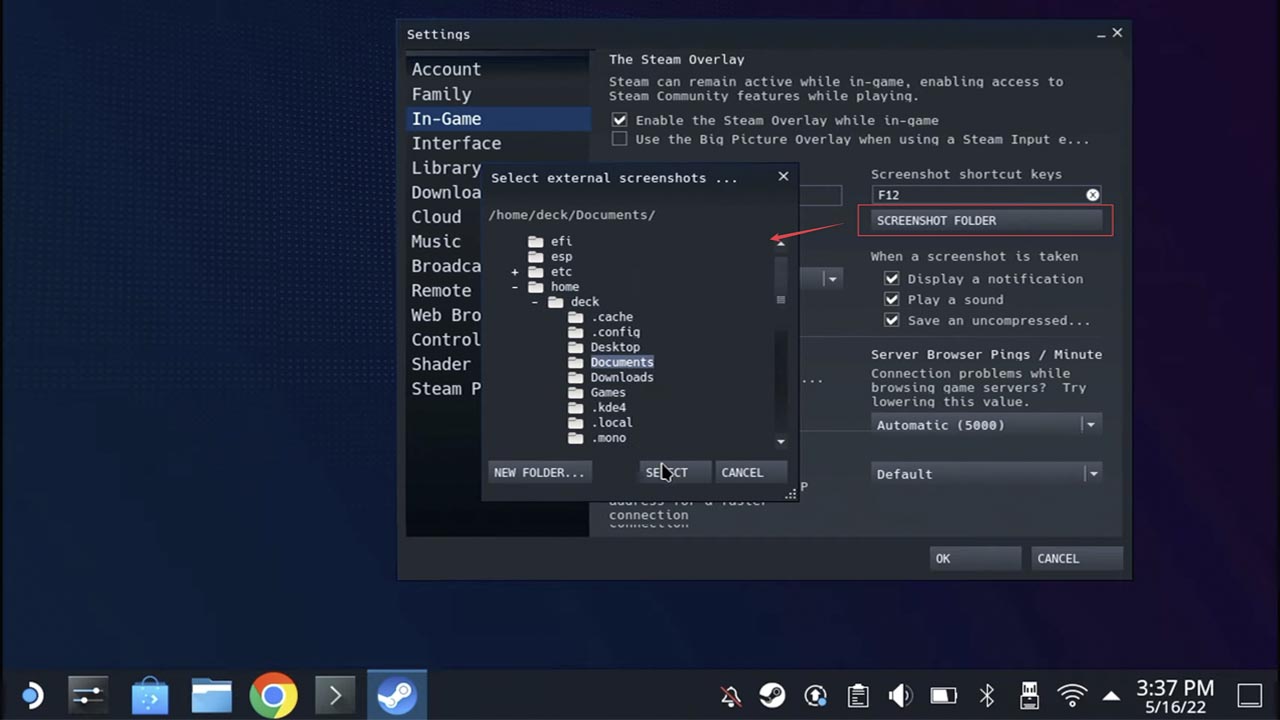 I would really love to have a simple option to take, upload and share my screenshots, and the current process is still underwhelming. Regardless if its for test purposes or just sharing some fun gaming moments with friends, screenshots are an essential part of the console experience, and Valve should take notes from its competitors and find a solution. If that happens, I’ll be sure to update this article.