Rainbow Six Siege Might See Return of the Golden Gun 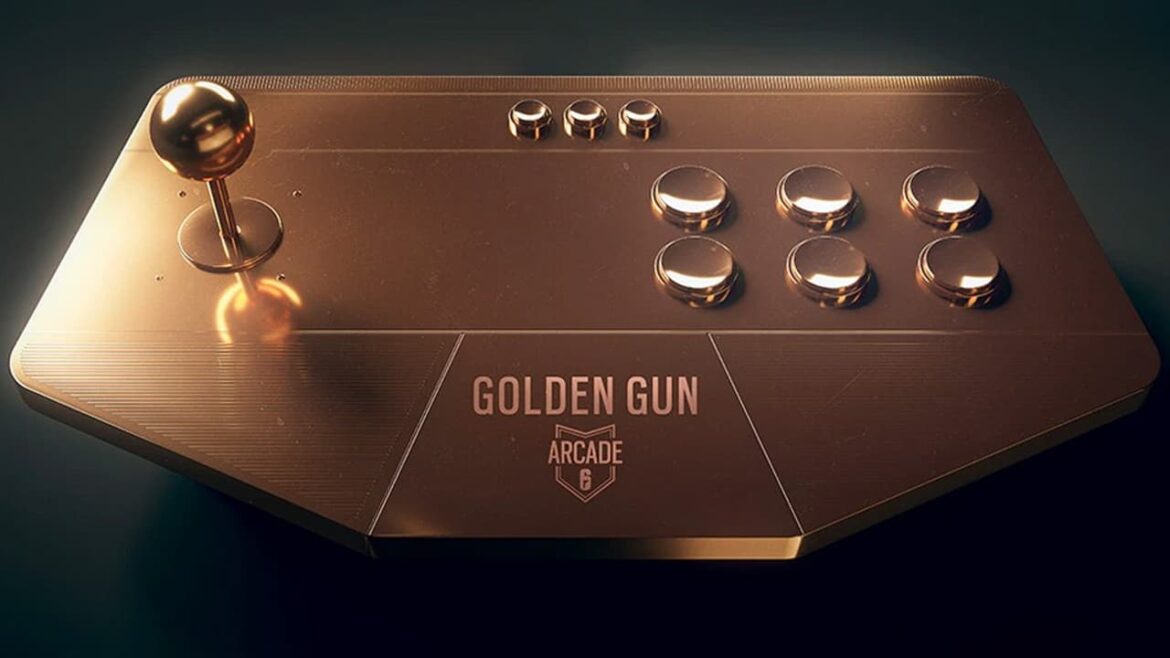 For a limited time, players will get to play Arcade game mode: Golden Gun; the most resource-intensive shooting mini-game. And if the feature sees positive reception, Ubisoft pledges its return to the game sometime in the future. The Golden Gun arcade mode officially kicks off on November 12 until November 15, 2021.

What is with Arcade mode: Golden Gun?

As the name implies, the main highlight of the returning Arcade mode is the weapon, Golden Gun. Players will have to carry the glittering gun as they around the Coastline, Clubhouse, and Bank during a Secure Map challenge. But more than just carrying a fancy arsenal to shoot with, the mode is extra special for two reasons. One is that it carries very lethal ammunition, able to kill any Operator it hits with one shot. Two is the fact that every shot counts as the gun is only capable of loading one bullet at a time.

But while players will most likely depend on the Golden Gun for an easy victory, combat is not just restricted to shooting.  At an opportune moment, players can also leverage their melee attacks as well as gadgets. Temporarily setting aside the itch to pull the trigger for a more appropriate means of combat.

Fans of Amaru, Goyo, and Maya, however, will have to settle for another Operator in the Golden Gun mode. This is also true with the use of deployable shields. Restrictions were in place to prevent certain known exploits, adding on top of the recent overhaul made with R6Fix 2.0.