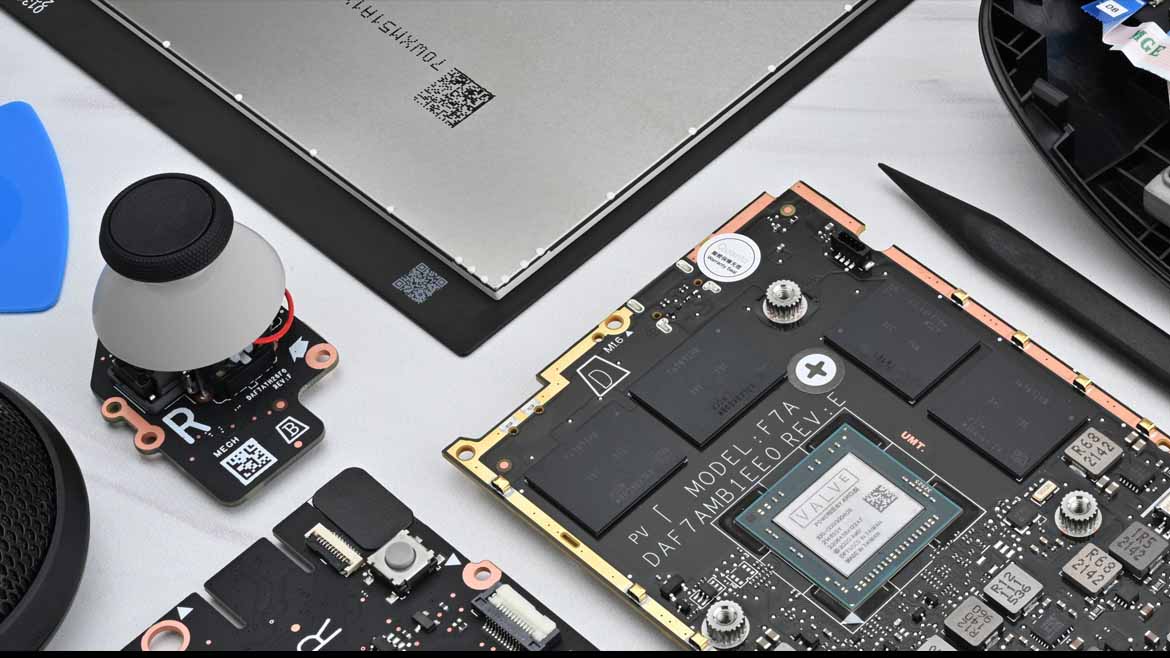 Earlier today iFixit released their Steam Deck repair guides together with spare parts listings. A move that has single-handedly turned Steam Deck into one of the most repair-friendly pieces of gaming hardware on the market. Both users and repair services can now source official Steam Deck repair parts simply and easily.

iFixit Steam Deck Guides are Handy, but Many Parts are Out of Stock

We don’t recommend fixing your Steam Deck yourself while it’s under warranty. However, after the warranty window shuts, you can buy and replace a spare part yourself instead of sending the console to Valve and paying for the repair or paying a visit to third-party repair service.

And instead of looking for YouTube repair videos and praying they’re legit, considering there’s no dislike button to sort the odd ones out, you can now use one of the official iFixit Steam Deck repair guides.

iFixit offers repair guides for almost every part of the portable console. From buttons to the screen to the SSD. Each guide is immaculately detailed and offers simple, easy-to-follow steps that cover the entire repair process.

The spare parts situation is not perfect since most of the parts are out of stock at the moment of writing. According to iFixit, “Demand has been very high, and we’ve already sold out of our initial stock of some components.” However, more spare parts are on the way. The company has also stated that more parts listings are “coming online in the next few weeks.”

Good guy Valve is hitting home runs one after another since the iFixit collab came just a few months after the company announced that it’s releasing the full CAD files for the Steam Deck.