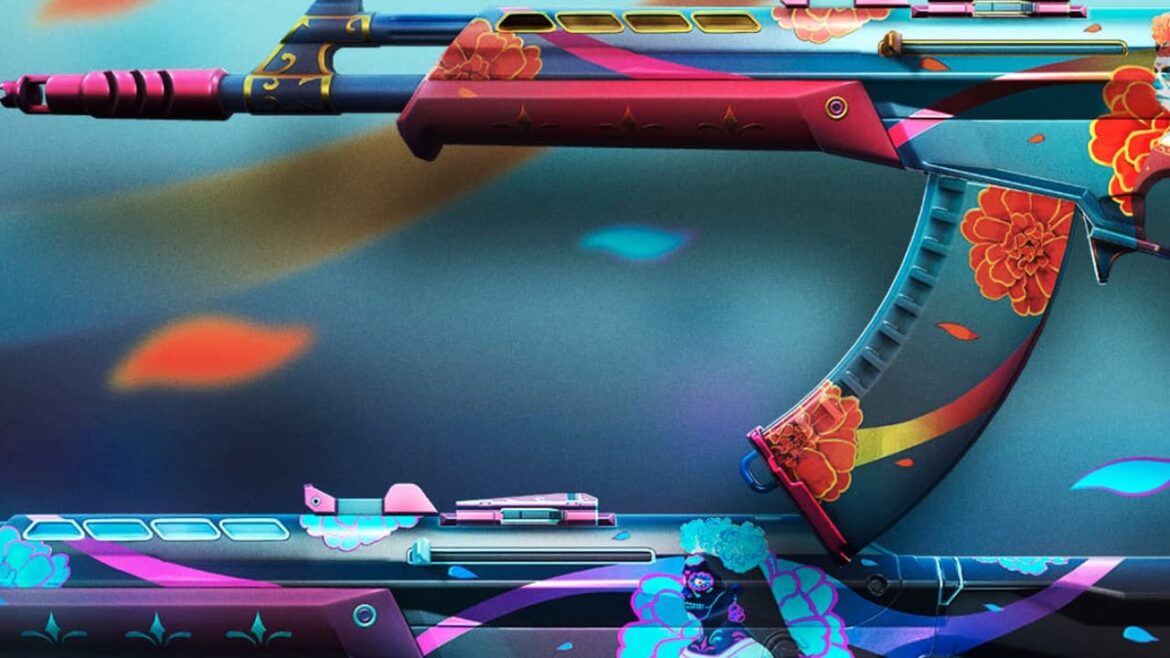 Valorant’s Art Outsource Supervisor Sammi Pedragon speaks about the story creation behind the Nunca Olvidados skin. A set of weapon skins imbue Valorant weapon ornamentation that is reminiscent of Halloween. But minus the gloomy part that is otherwise a common motif to it.

Coming from an official blog, Pedragoni started off by declaring his heritage as a second-generation Mexican-American. It partly highlights his grandparents’ appreciation of death and the beauty that comes with it. Indirectly, alluding to the Mexican and Latin community tradition, Dia de los Muertos or Day of the Dead.

Inspired by the same event that celebrates the spirits of the dead, Pedragoni was unwittingly approached to a project. Particularly, towards making weapon skins that bear iconographies that resemble the occasion. But not gloomy as with the passing of a beloved; rather, lively as if though inviting. Which in relation to the tradition is spot-on in its essence as a call to the spirit back to the living. The project would soon materialise under the moniker Nunca Olvidados, a Mexican-Spanish phrase whose literal meaning is ‘never forgotten’.

Sammi Pedragon would go into detail as to the actual process of creating the skin. One which underwent three major phases to complete: concept, shader tech, and 3D. Conceptualisation kicked off with Outsource Associate Producers Josh Kao and Cathy Woo working closely with the Mexican branch for the design while ensuring that the project releases on time.  Shader tech involves the utilisation of available technology for rendering in preparation for the final design. Finally, the final model is realised during the 3D phases, which incorporates other design elements for added polish.

Will this new skin make the upcoming Day of the Dead exciting or is it also by knowing that Riot is winning against cheaters in-game?