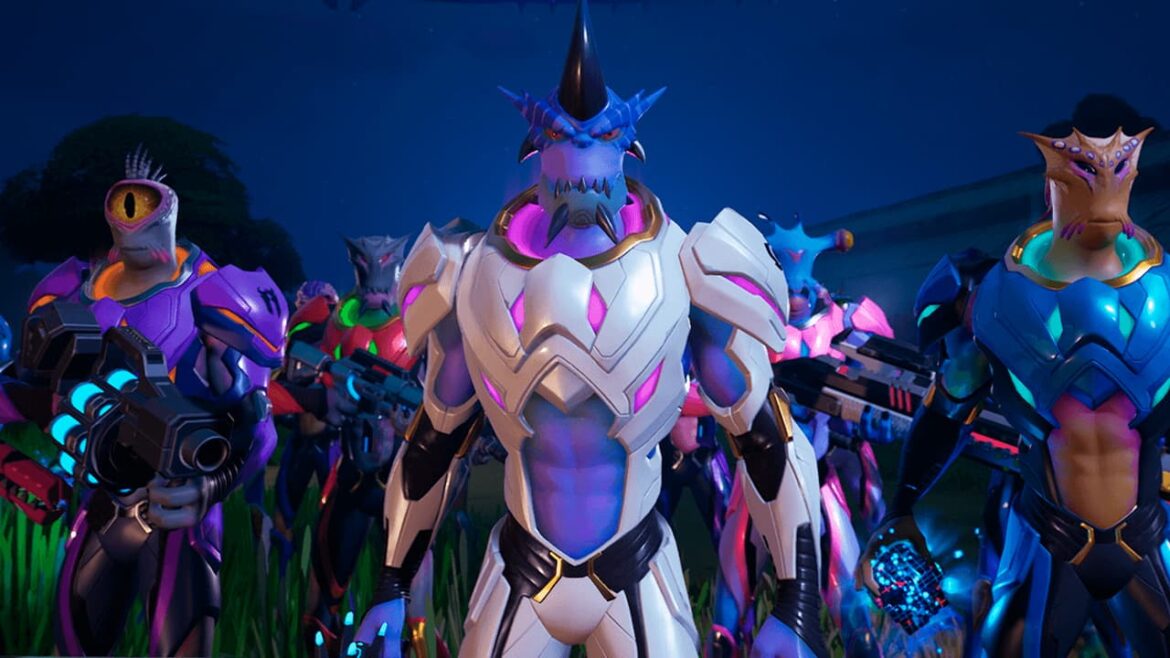 Aliens from outer space are invading Fortnite’s island as it enters a new season, appropriately dubbed “Invasion”. Fortnite is finally entering a new stage to an ongoing tale, involving the players, multiverses, familiar figures, and iconic heroes. In Chapter 2 Season 7, the presence of cosmic beings makes for a highlight, bringing cutting-edge technology into the foray.

One of the first things that players will notice when they log into the game is iconographies of alien species. Based on popular culture, Flying Saucers make for a poster boy of the notion. It is not just because of the art, however. Even the game’s trailer already showcases the upcoming season with Flying Saucers making a significant display in it.

While predominantly a vessel for transport and of offensive use, Flying Saucers are not just exclusive to aliens. In Season 7, this notion is true by giving players the ability to ride on one and leverage its capabilities against human opponents in the field. Players can employ creative ways to make riding a UFO an advantageous experience.

Humanity, however, is fighting back and the Imagined Order is at the forefront of the defense. Fighting fire with fire, the IO has designed arsenals that are capable of the feat of defending mankind from foreign invaders. This comes with weapons with intricate designs, such as the Recon Scanner, Rail Gun, and the Pulse Rifle. Yet, even the aliens themselves are well-equipped to commit their acts of transgression. In particular, by having the Kymera Ray Gun and future weaponry that are soon to come.

Lastly, for those who feel like tapping on their quirky side, there’s also the alien skin that players can get via Battle Pass. Throughout the season, alien artifacts will be coming into the game, which adds a layer of style to the alien costume.