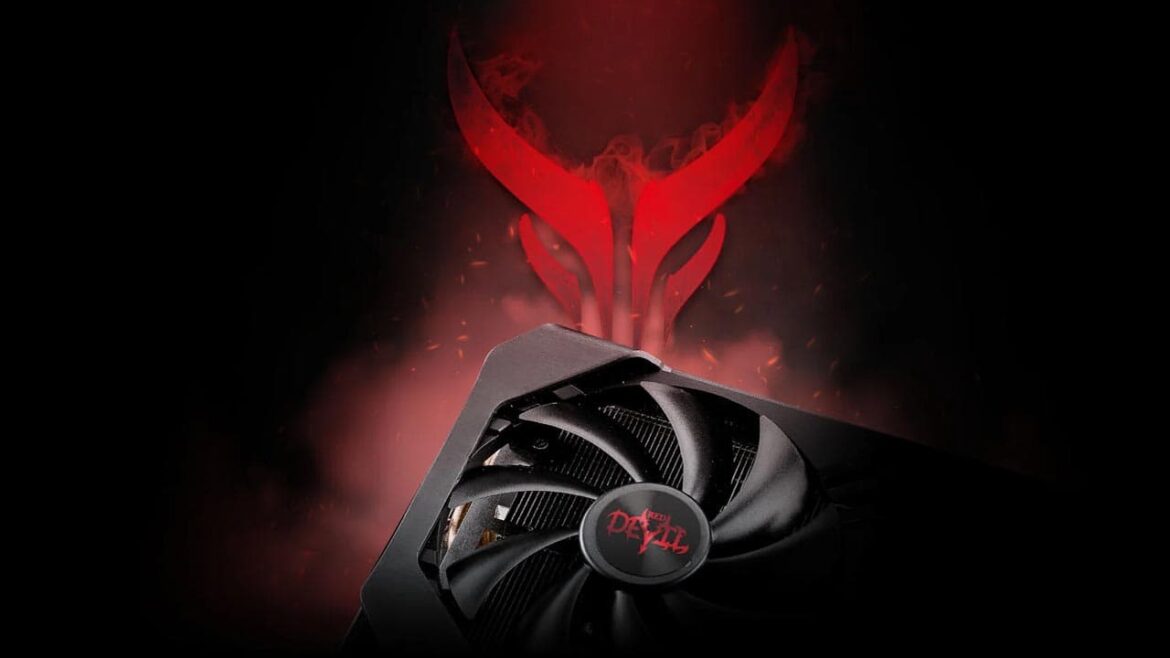 PowerColor today released a new high-end graphics card for gaming, called the Radeon RX 6800 XT Red Devil. This sizable three-fan GPU offering promises to be the coolest version of AMD’s reference design to date. Meaning it should offer the most sustainable level of peak performance and be especially suitable for overclocking and similar applications intended to squeeze every last ounce of power out of this newly released PC component.

A compelling design is also part of PowerColor’s proposition as the Radeon RX 6800 XT Red Devil has clearly been designed specifically for transparent PC cases. You could easily argue it would be a shame if this thing wasn’t visible while in use. A custom-made aluminum panel is also here for some extra shiny appeal, not to mention the cooling benefits it brings to the table, on top of the already mentioned trio of fans.

As expected, we are looking at a specification with 16GB of VRAM in total, which should be sufficient for pretty much any rendering task imaginable. Native support for aRGB and dual BIOS is on offer as well, but unfortunately, there is still no word on the exact U.S. release date for this GPU. Likewise, it is unclear how much, exactly, will buying this rendering powerhouse actually cost.

Tesla, Uber and Rivian Teaming Up

The New Face of InkEvolved