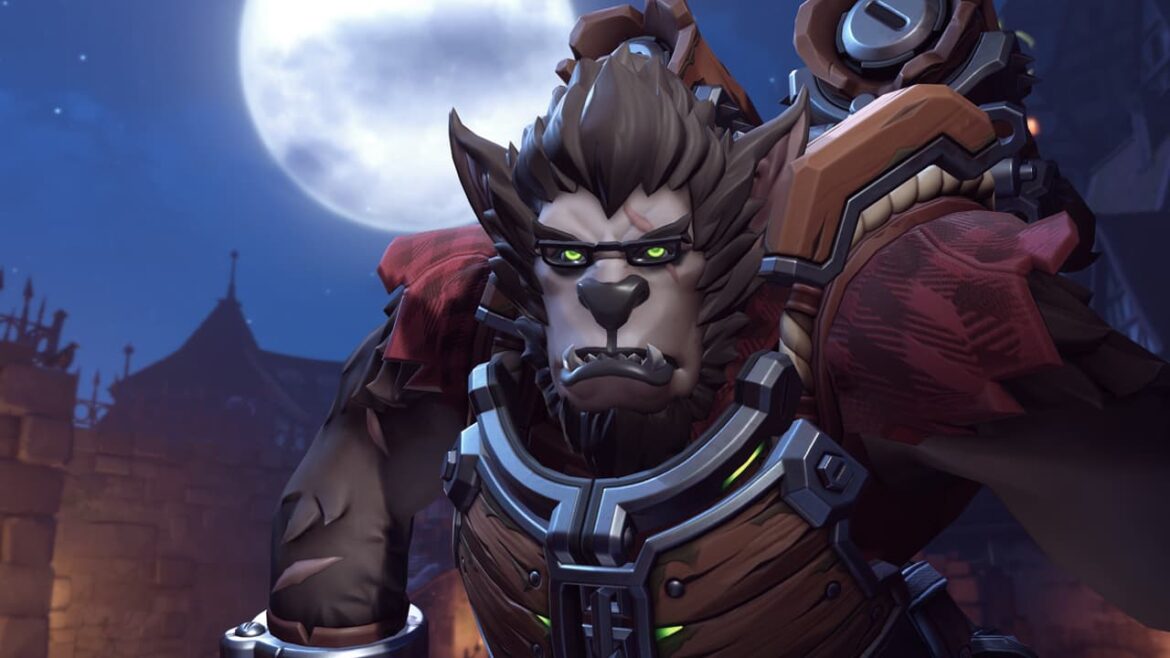 What was the inspiration behind the spooky costumes?

First on the list is Bastion, which sees the mechanical hero be ‘trimmed with coffins, caskets, and other cemetery motifs.’ Speaking on the design choice, Daryl Tan states, ‘I love Halloween and I love Overwatch’. ‘Decking out beloved heroes in Halloween-themed skins is right down my alley’.

Tinkering on Bastion’s looks has not been without its difficulty, however. Daryl Tan saying, ‘All I had to work with as a theme was “coffin”‘. ‘I had to find as many ways as possible to shape and design a bunch of coffin ideas onto him’.

Adding to Tan’s contribution for Halloween is the thematic costume for Echo. One that specifically sees the hero donning a skin that makes her look like a bat. ‘The Echo skin was super fun to draw since the idea of her being a robotic vampire bat was a compelling theme to me,’ claims Tan.

To face Echo’s seemingly malevolent presence, Brigitte dons the Vampire Hunter costume, as designed by Morten Skaalvik. The designer apparently finds delight in coming up with an outfit for a ‘fellow Scandinavian’. ‘This skin was a blast to work on since it was such a team effort,’ says Skaalvik. ‘I designed the original thumbnail and then Armando, one of our outsource artists, made the final design. Then, [concept artist] Ben Karr wrapped up the whole thing by concepting her weapons’.