Is G FUEL Bad for You? 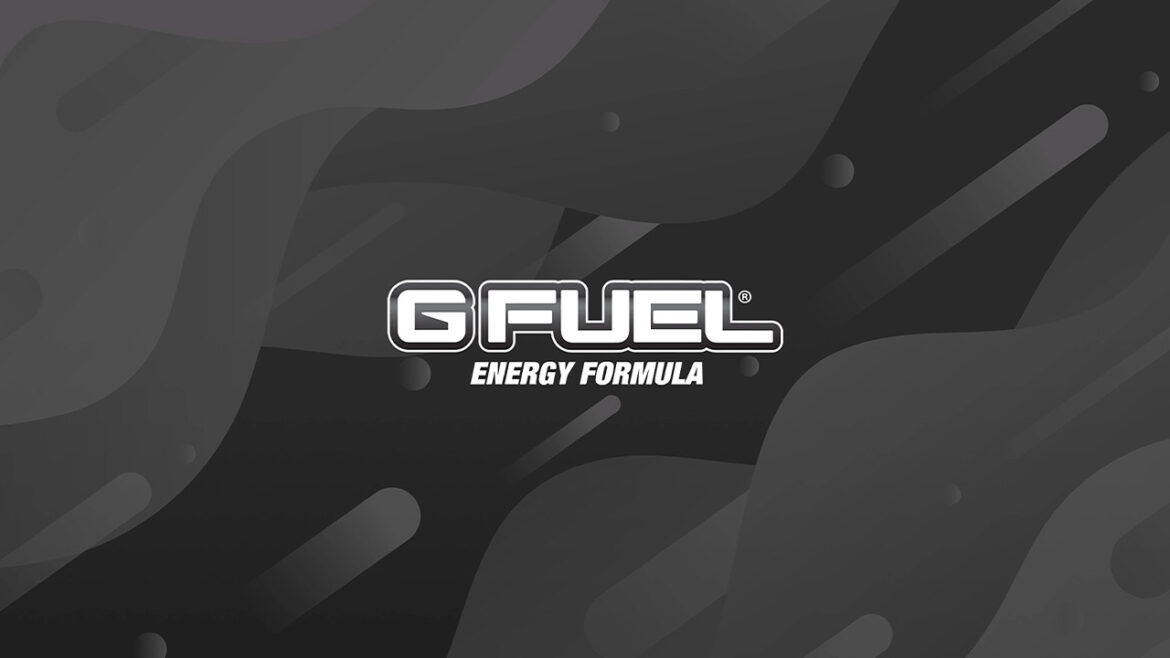 Esports gamers are expected to peak and succeed in every competition. But this comes at a cost—back-to-back hours of training and gaming.

Keeping on top of your game during each practice session is extremely challenging, especially since many competitive games require a laser-like focus, high dexterity, and eagle-eye aim. So, many professional players turn to energy drinks—such as G FUEL—to keep them fuelled and focused throughout their gaming sessions and competitions.

But is G FUEL bad for you? How effective is this energy drink, and what benefits are expected from consuming this product?

In this article, we’ll explore the possible benefits and downsides of drinking G FUEL and whether or not it’s worth the money spent.

What is G FUEL, and for what is it used the most?

G FUEL lands in the same category as something like Red Bull or Monster. It’s marketed as an energy drink without the nasties, mainly targeting competitive gamers. According to the brand, it is a “100% clean, natural, and healthy alternative to sugar-loaded energy drinks.” It’s said to help with focus, endurance, and energy, allowing you to keep your head in the game during long sessions of grinding and gaming.

G FUEL can improve your focus and attention, allowing you to perform at your peak for longer periods of time, and this benefit is mentioned in many user reviews. While G FUEL may help you stay awake and more focused while you’re training, it isn’t a hack or shortcut to ‘git-gud’. Ultimately, you’ll still need to practice landing those headshots, with or without G FUEL.

Based on the brand, you should experience a boost in energy and focus just 10-15 minutes after consuming a serving of G FUEL, and these effects should last around 4-6 hours. However, this may be followed by some downtime known as the “crash.” 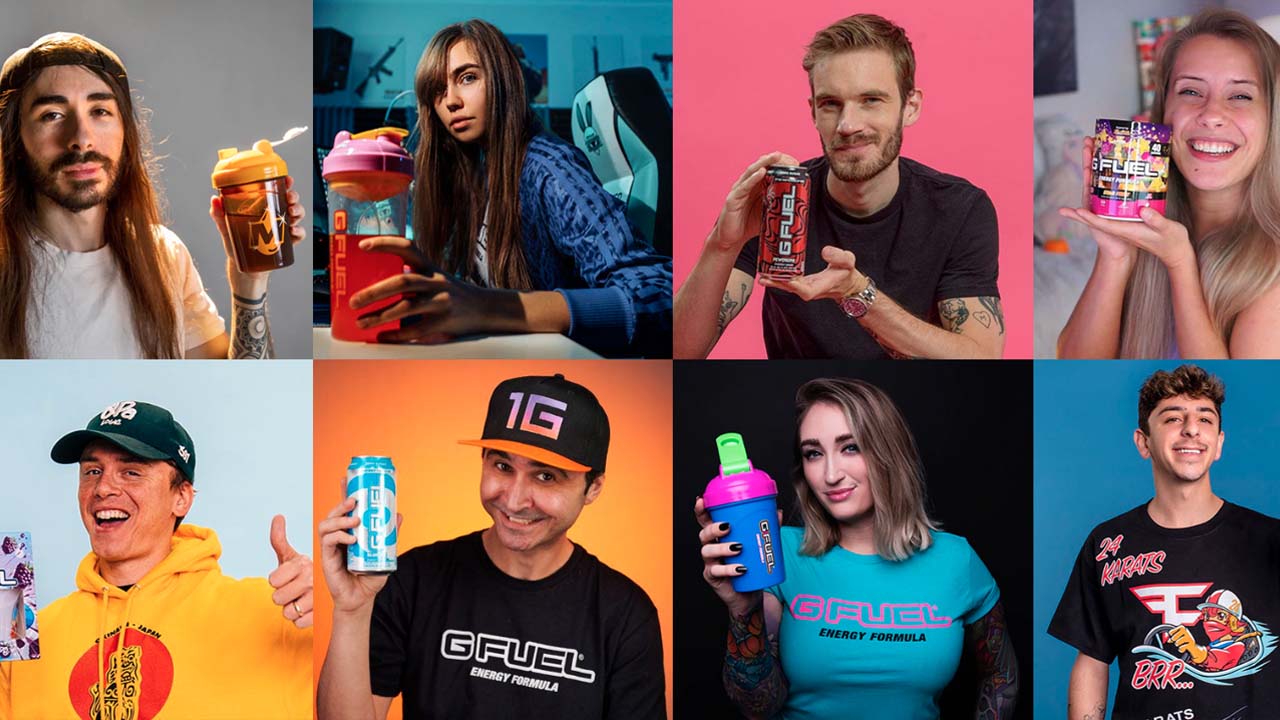 There’s a whole rooster of influencers promoting the drink.

Why do energy drinks like G FUEL get a bad rep?

After gulping down a can, you may have breezed through seven ranked matches in a row, but when (and if) you crash, you crash hard. Essentially, there’s no such thing as “free energy.”

Energy drinks cause your body to consume more energy than it wants to for a certain period of time. Your dopamine and adrenaline levels rise, and as a result, you feel more alert and energized.

But once the effects of the drinks (and the caffeine in them) wear out, you’ll experience some downtime terms as the crash. Your adrenaline and dopamine levels normalize, and you may begin feeling lethargic as your body recuperates from excess energy expenditure.

Of course, the significance of this crash will vary from person to person. Sugar-free drinks, like G FUEL, may be less likely to cause a crash but can still lead to one due to their caffeine content.

Some concerns were also raised about the lead content of G FUEL’s energy drinks. The fact is this—yes, G FUEL does contain lead, but not enough to be harmful to your health.

The reason why G FUEL was called out for this is pretty straightforward. Californian law has stated that food products containing more than 0.5 micrograms of lead must have a lead warning. And G FUEL didn’t back then (they do now in California).

But the thing is, the FDA has set the cap to 12.5 micrograms per day, which is 25 times greater. Even at this amount, the FDA notes that it is no cause for concern [6].

So unless you’re pregnant or breastfeeding, the minimal lead content in G FUEL isn’t something to be too worried about.

Dissecting the Drink, everything you need to know about the ingredients

The ingredients included in the energy complex are similar to other energy drink brands like Red Bull and Monster. They include taurine, L-citrulline malate, caffeine, glucuronolactone, N-acetyl-L-carnitine HCl, and Velvet Bean (Mucuna pruriens) Seed Extract.

The focus complex contains numerous ingredients as well, including L-tyrosine, N-acetyl-L-tyrosine, and adenosine-5-triphosphate disodium salt (ATP). Finally, the antioxidant complex is made up of more than 15 different fruit powders.

Let’s take a look at some of the ingredients in G FUEL and whether they’re beneficial or not.

Another concern is that the dosage of ingredients in G FUEL’s energy and focus complex isn’t enough to make a significant difference. And for many of these supplements, more research is still warranted to confirm their benefits.

In fact, the boost in concentration and energy you experience from G FUEL will likely be due to its caffeine content. So if you’re immune to a thick black cup of coffee, you likely won’t see much benefit from G FUEL, either. Your money will be better spent elsewhere.

Is G FUEL good for Kids?

No, G FUEL isn’t recommended for kids or adolescents due to its caffeine content. In fact, the American Academy of Pediatrics discourages the consumption of caffeine and other stimulants by children and adolescents [9].

Final Takeaway: Is G FUEL Bad for You?

The biggest concern of taking G FUEL would be the side effects of caffeine overconsumption, such as jitters, anxiousness, insomnia, headaches, or an upset stomach.

Other than that, G FUEL does not seem like a dangerous or harmful drink.

Of course, that doesn’t necessarily mean G FUEL is healthy, either. Ultimately, there’s nothing better than keeping hydrated with plain water and maintaining a healthy lifestyle.

Disclaimer: This is an educational post on the possible benefits and downsides of G FUEL, and it should not substitute the advice of your healthcare professional. EsportsHeadlines.com and the author of this post disclaim any liability for the decisions you make based on this information, as it is not meant for diagnostic or treatment purposes.

These Are The Most Common Esports Injuries