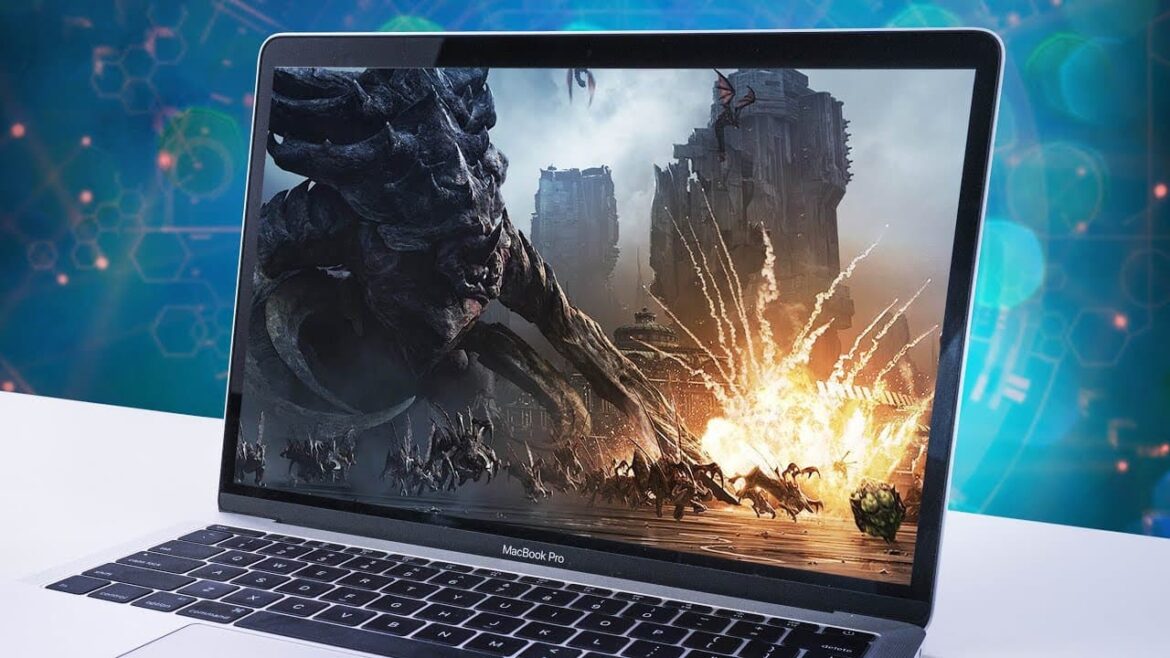 Apple made quite a big deal out of their M1 Pro and M1 Max CPU’s at the introduction of the next generation of Macbook Pro’s, and although they are quite capable machines for productivity work and video editing, the fact still remains, those Macbooks are still not good for esports gaming, or gaming in general. They just can’t compete with the raw performance of the best gaming laptops of this generation, and in today’s article we’re going to explain why.

The Current Portfolio of Mac Supported Games Is Poor, and It’s Not Getting Better

Yes, there is Apple Arcade with close to 200 games, with Nobuo Uematsu’s “Fantasian” being one of them. There are also some great titles available on the general App Store like Bioshock, Civilization, Among Us, World of Warcraft, Baldur’s Gate and hundreds of others[1], but they don’t run as you (or the developers) want them to, which is the core of the issue.

For casual games, this will probably do, but for competitive gaming you will start hitting roadblocks by just trying to install your esports game of choice. The worst thing though, even if you do manage to find your game of choice, like, let us say, CS: GO, you will soon find out the OS limitations.

The three major blockers with the MacOS itself is the way it manages mouse acceleration, multi-tasking and file editing.

Let us say that in the above mention scenario you did install the MacOS version of Counter Strike, or any other esports game of your choice, you would end up with three major blockers to solve after that.

Cloud Game Streaming, as an idea, is excellent. Just get a strong fiber internet connection, plug in the cable and off you go. Throughout the years we saw several big players join that game; from GeForce Now and Xbox Cloud Gaming up to Google itself with their Stadia program, as well as a few smaller providers like Vortex – the attempts were made, but in reality, all of them are still minimum viable products that are simply still not there yet[2].

Could this change in the future and make the Mac platform a great substitution for an Esports Gaming laptop? Yes and no, depending on your level and expectations. Again, if you already have or need an Apple machine and want to join the esports crowd just for the community vibes, then you’ll be good, but if you want to actually compete, the hardware will still block your success, and here’s why.

The Laptop’s Are Not Designed to Perform as Gaming Machines

I will not go to deep in to the M1 CPU infrastructure because it’s still fairly new and unexplored in terms of gaming performance, in the near future there might or might not be more support for it, so I’m rather going to focus on the elephant in the room: the display.

Apple is well known for their display technology, heck, for years they have been the leaders in the laptop segment, offering high resolution IPS displays when everyone else was still on TN 1080p panels. Even the newest 16″ Macbook Pro switched from the previous excellent standard to their newest mini-led technology, they even bumped the refresh rate up to 120 HZ which should be enough for gaming, right?

Input lag and ghosting are the main killer, after which we have the variable refresh rate that only kicks in when the machine thinks it’s needed[3]. So, even if you could make the laptop run the game, you would soon figure out that the previously mentioned lag and ghosting would kill your gameplay.

Is There a Workaround? What if You Need a Mac and Also Want to Compete?

Windows is the best Operating System for gaming, this is a fact, so to get in to the esports world you would need to install it. Now, for some unknown reason Microsoft can’t produce a Windows version for the M1 Mac’s for now, it’s something tied to their exclusivity contract with Qualcomm [4], so it might change in the future. Until then, the best idea would be to get an Intel Mac, but let me warn you up-front – it’s going to get expensive.

Your best bet would be a machine that features at least a Core i7 Quad CPU, 16 GB of RAM, 512 GB of storage and a Thunderbolt 3 port. Once you get that, a simple bootcamp installation paired with an eGPU and a high refresh monitor will solve most, if not all of your esports problems.

And yes, you could also go with a used Intel based Classic “Cheese grater” Mac Pro and get a card like the AMD 5700 XT, for an excellent guide on that I would recommend the tutorial from Greg Gant, you can find it here.

You will, of course, spend a lot of money to get to the point where your games will run as you want them to, not mentioning the shutting down and switching between MacOS and Windows, so I would definitely recommend that you at least consider getting a cheap gaming laptop just for gaming, or a prebuilt gaming PC as an alternative.

What Would Apple Need to Change to Become Relevant in Competitive Gaming?

Apple is changing, and for the better. We already saw some major improvements this year, from bringing back some older ports to the Macbook Pro, as well as the removal of the hated touch bar and opening up to third party repairs[5]. This is all good news, so the next step would be to open up the M1 platform and help make these changes:

To close off, Apple has potential for competitive gaming, but it’s still not there.