The Official Steam Deck Docking Station is Finally out, Costs $89 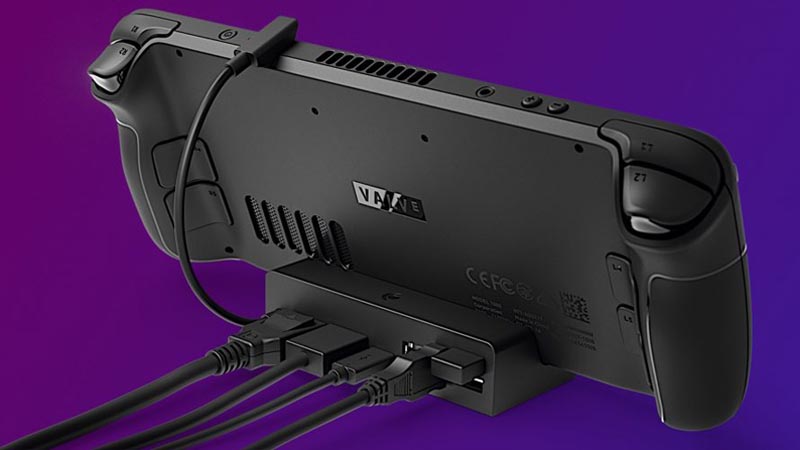 After being announced alongside Steam Deck and then missing its original release date of “Spring 2022” by a long shot, the Steam Deck Dock is finally available for purchase. Considering the lengthy delay – Valve officially delayed the dock on June 1, 2022 –  it’s no surprise that many third-party solutions came out in the meantime, but you can get the real deal starting today.

Valve Doesn’t Shy Away From High Prices It Seems

Those are some hefty prices. However, the official docking station does come with a lot of connection options. If you forgot about the specs  – we don’t blame you because of the delay, and Valve silently upgrading them a while back – here they are in full:

The Steam Deck docking station allows users to pretty much turn the tiny portable PC into a full-fledged workstation by connecting peripherals, multiple monitors – support for up to 4k 60hz or 1440p 120hz with FreeSync support coming in a future update – speakers, 3D printers, drawing tables, etc. Now you can connect your Corsair Stream Deck to your Steam Deck via the Steam Deck Dock – oh my God. You can order one by visiting the Steam Deck Dock page.

Despite costing a pretty penny, we’re certain the docking station will sell in droves. Valve has been on a roll throughout 2022 regarding Steam Deck updates. The company released the Steam Deck CAD files for the 3D printing community in February, then partnered with iFixit in May. In August, Valve partnered with Komodo to bring the Deck to Asia, and in September, Steam Deck repair centers opened for business.

20th October Update: We got our review unit, you can check it out here: Steam Deck Dock Review

Guide: How to Get a Refund on Steam